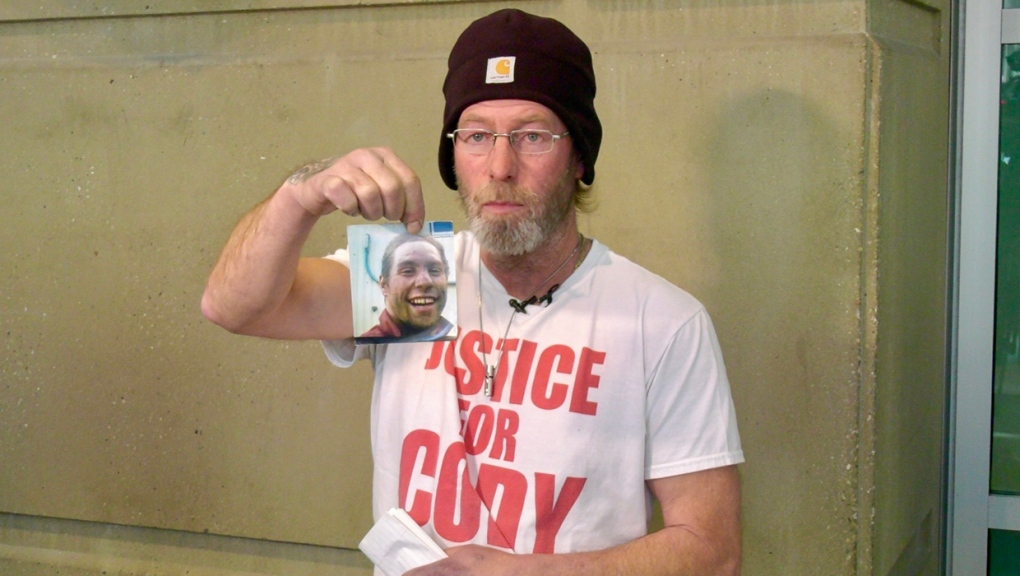 CALGARY -- Two convicted murderers were sentenced Wednesday, after an emotional day in court.

27-year-old Tewodros Kebede and 27-year-old Yu Chieh 'Diana' Liao each received life sentences with no chance of parole for 25 years for the murder convictions.

Additionally, Kebede received six years for the accessory after Pfieffer's murder, while Liao was sentenced to seven years for accessory to the murders of Ear, Fox and Pfeiffer.

Murder charges have not been laid in Ear, Fox and Pfeiffer’s deaths but Calgary Police Service says the investigation remains open.

These sentences will be served concurrently.

"The harm or likely harm to society is immeasurable," said Justice Blair Nixon, adding that the crime was predmeditated and that both offenders went to great lengths to escape. Kebede has 29 previous convictions, including robbery and drug trafficking.

Earlier, tears flowed in court as the families of the victims shared impact statements Thursday at the sentencing hearing for a woman and man found guilty in a 2017 quadruple killing.

Three victim’s impact statements were read as  Liao, and Kebede sat in the prisoners’ box. In December 2019, a jury found the pair guilty of first-degree murder in the death of Hanock Afowerk.

"I have lost my only sibling and my father has lost his only son," said Hancock’s sister Martha Afowerk through tears as her dad and uncle sobbed in the gallery.

"We ache and long for his presence in our lives."

The 26-year-old man’s body was found beaten, shot and duct-taped in a ditch west of Calgary in July 2017. Court heard Afowerk had been held for ransom and was killed when he was no longer of any use.

Liao was also found guilty of accessory after the murders of Tiffany Ear, Glynnis Fox, and Cody Pfeiffer. The trio's remains were found in Afowerk's burned-out car. 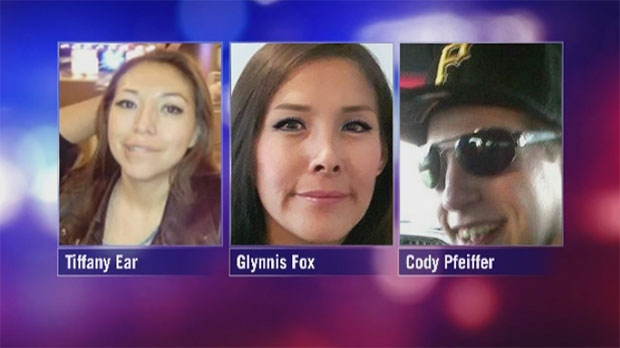 Kebede was convicted of accessory after Pfeiffer's murder. Court heard during the trial the three in the car were killed because they were witnesses to Afowerk's murder.

"It left a hole in my heart that can never be filled," said Pfeiffer’s dad Troy.

Troy Pfeiffer recalled Cody’s belly-laugh and his big smile and said it tears him apart seeing his surviving son without his older brother.

His wife Terri Pfeiffer added it has been "mentally, emotionally, physically and financially crushing". She called the pair in the prisoner box "brutal, vicious, senseless and cruel."

Fox and Ear were sisters from the Stoney Nakoda First Nation who left behind 16 children between them. "It’s been so hard," said their aunt Nancy Ear outside of court.

Afowerk’s sister expressed gratitude in court for the convictions in her brother's murder.

"I just want to thank everyone for bringing justice to our lives."