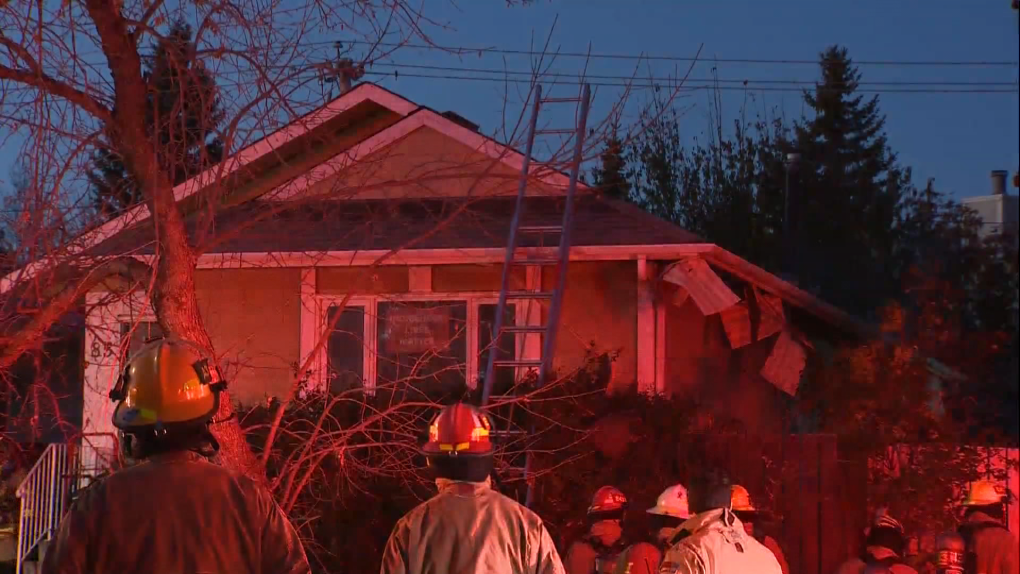 CFD members outside of a home on McKerrell Way S.E. during a Friday morning fire response.
CALGARY -

An investigation is underway into a Friday morning fire in a southeast neighbourhood that displaced a family of three.

Fire crews responded to a home on McKerrell Way S.E. in McKenzie Lake at around 7 a.m. following several calls to 911 reporting a fire. Firefighters encountered smoke emanating from the front door of the house.

Two adults and a child escaped the building unscathed prior to the arrival of emergency crews.

Calgary Fire Department officials confirm the fire originated in a bathroom and spread into the attic, but the exact cause of the blaze has yet to be determined.

Damage to the home is considered extensive and the building is uninhabitable at this time.

Officials with the Calgary Fire Department told CTV News there were no working smoke detectors in the home.

In a statement to CTV News, Shamon Kureshi, president and CEO of Hope Street Real Estate Corp. — the company that manages the rental affairs for the property owner — refuted the claim of no working smoke detectors, stating that detectors were in place and had been confirmed to be in working order during a detailed move-in inspection.