CALGARY -- The widow of a Calgary father of two hit and killed while biking home from work nearly two years ago says she is still waiting for justice in her husband’s death.

“That was one of the things we needed as a family was to go to the trial as painful as it would be because we’d be reliving it in detail, but we were prepared to do that just to have some of the questions answered,” said Lorraine Maggipinto, wife of Mike Maggipinto.

Maggipinto said she found out just days before the trial was supposed to begin for the driver, a woman in her 30s, it was called off.

The decision took her family completely by surprise.

“If you’re going to drop the charges, then take the time to invite us into your office and say this is what we have, show us. I don’t know if every family would like to see it but I know this family did, I think it would have helped.”

He was transported to hospital in life-threatening condition but later died.

How her husband came to be in harm’s way was one of the questions nagging at Maggipinto since the incident. Now, without a trial, it’s unlikely she will ever find out.

“You need to cross two lanes of traffic first before you reach the crosswalk. That question is like the elephant in the room. How did the driver not see him?” said Maggipinto.

According to Calgary police, the investigation determined neither drugs, alcohol or excessive speed were factors.

“In consultation with the Crown prosecutor’s office, a charge of careless driving was laid against the driver of the truck in January 2020,” said the Calgary Police Service in a statement.

Police say investigations into fatal collisions are lengthy and complex. They often require a number of forensic reports which take six to nine months on average to be returned to investigators.

Prosecutor Thom Forsyth said a trial was scheduled to begin June 10, 2020. But with just six days to go, the charge of careless driving was stayed against the driver.

When a charge is stayed, the Crown has up to one year to revive the case if new evidence comes to light, although that rarely happens.

Forsyth said prior to the trial, the defence provided its own expert report on the collision. He said prosectors are required to assess and re-evaluate files on an ongoing basis to determine whether the case should continue.

“Following consultations with CPS and other members of the prosecution service, I concluded that there was no longer a reasonable likelihood of conviction in this matter and the prosecution ultimately entered a stay of proceedings,” said Forsythe in a statement to CTV News. 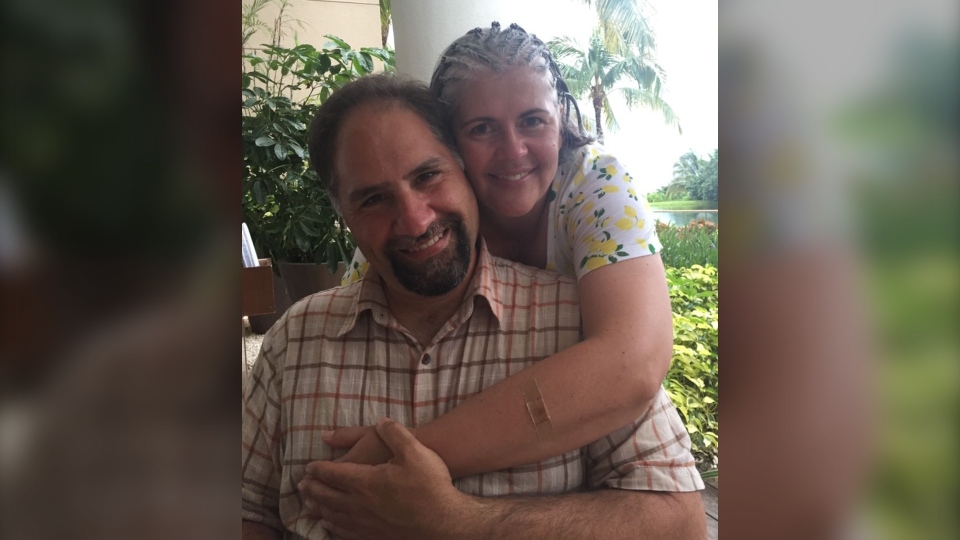 “The death of Mr. Maggipinto is a tragedy and our sympathies are with his family,” said Forsyth.

Maggipinto said it was important for her and her children now 17 and 20, for a judge to make a decision on the evidence and have the case go to a trial.

“There’s a lot of questions and we were not given any answers. We’re just supposed to accept that it’s done and move on? And trust me, it’s not easy to just move on.”

If someone is convicted of careless driving, under the Traffic Safety Act, the maximum penalty is a $2,000 fine.

“I would have preferred a conviction only because as it is now, Mike is completely to blame and I don’t believe that. There’s two people involved,” Maggipinto said. “If, in the end, the judge comes back with an acquittal, fine, at least we saw it through and it’s not just dropped.”

Maggipinto said her family is missing a huge piece of their puzzle – a husband of nearly 20 years, father and friend.

“There’s a huge void but we talk about him as much as we can…I miss everything about him.”