CALGARY -- The sister of Marshal Iwaasa said she is more convinced than ever that her brother’s disappearance was criminal in nature, after visiting the remote area where his burned-out truck was found.

Paige Fogen and other family members travelled to the site north of Pemberton B.C. July 3, and returned to Lethbridge Monday.

Iwaasa was 26 years old when he was last seen in Lethbridge November 17, 2019. His burned-out truck was found about a week later, at the end of a rugged trail surrounded by forest.

Fogen said the location is so remote, and the trail so rough, she simply can’t believe Iwaasa would end up there on his own.

“It made me feel like he never drove his truck there at all or he didn't drive there by choice,” said Fogen, who said there were lots of spots where she thought they were going to get stuck or bottom out.

“Marshal wasn't the kind of person to take his vehicle and just destroy it to get to this point of essentially no return.”

Paige said the family was driven to the site by members of an off-road group called 4LOW BC. She said they pointed out some odd circumstances, including extra vehicle parts found in the area, and signs that some pieces of Iwaasa's truck were missing. Based on the wreckage, it appeared the parts may have been removed before the vehicle was burned. 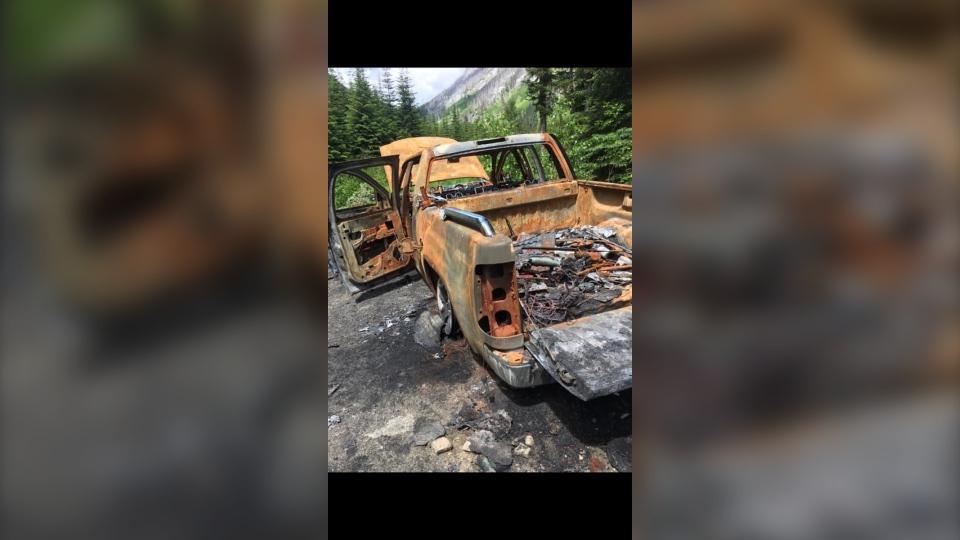 A week before Fogen’s trip Lethbridge Police and RCMP conducted an exhaustive search of the area. Paige said Iwaasa’s family is still waiting for information on their findings, including a report from a fire investigator who examined the vehicle.

The search, that included dogs, drones, and a helicopter, did not locate Iwaasa’s body. Fogen said she is anxious to know what police plan to do next. “Because for me, just saying that he chose to do this, or went up for a hike, none of those make sense at this point, and that’s not an okay answer for us.”