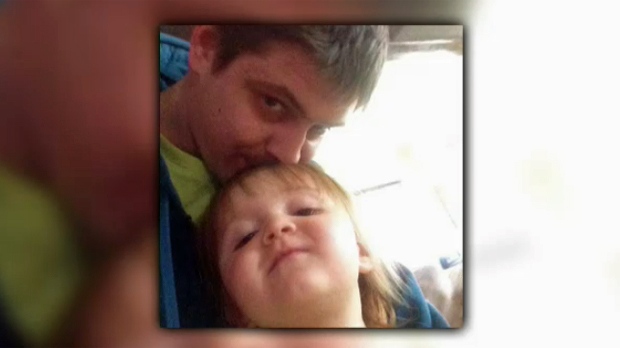 A woman related to two Alberta murder victims is speaking out in the wake of a decision that transformed the parole eligibility for Canada’s multiple killers.

Derek Saretzky was convicted of three counts of first-degree murder in the 2015 deaths of Terry Blanchette and his two-year-old daughter Hailey Dunbar-Blanchette in Blairmore, Alta., as well as Hanne Meketech in Coleman, Alta.

He was given a life sentence with no chance of parole for 75 years, but a decision from Alberta’s Court of Appeal decided that he would be eligible for parole in 25 years.

Before the change, Saretzky would have been 97 before he could apply for parole. Now he will be 47.

In a statement to CTV News, Terry’s sister and Hailey’s aunt said she is “very disappointed” in the decision.

“What was done to my two-year-old niece and my brother and Hanne was cruel and unusual,” said Amanda Blanchette DeSteur. “Why should people who do horrendous things like this be allowed to have hope for a life again? Bring back capital punishment and forget their hope.”

The Supreme Court’s decision centred Alexandre Bissonnette, the gunman who killed six worshippers at a mosque in Quebec City in 2017 and was initially sentenced to life in prison with no parole for 40 years.

Bissonette's sentence has been changed to allow him to be eligible for parole in 25 years.

However, a Supreme Court of Canada decision determined life sentences with no real chance of parole are "cruel and unusual” punishment.

Similar decisions were made in two other multiple murder cases in Alberta – Edward Downey, who killed Calgary mother Sarah Baillie and her daughter Taliyah Marsman, and Jason Klaus and Joshua Frank, who murdered three members of Klaus’ family in 2013.

Tom Brady is taking some time away from the Tampa Bay Buccaneers to 'deal with personal things,' according to the team's head coach Todd Bowles.

The U.S. Centers for Disease Control and Prevention says the nation should move away from restrictive measures such as quarantines and social distancing and focus on reducing severe disease from COVID-19.