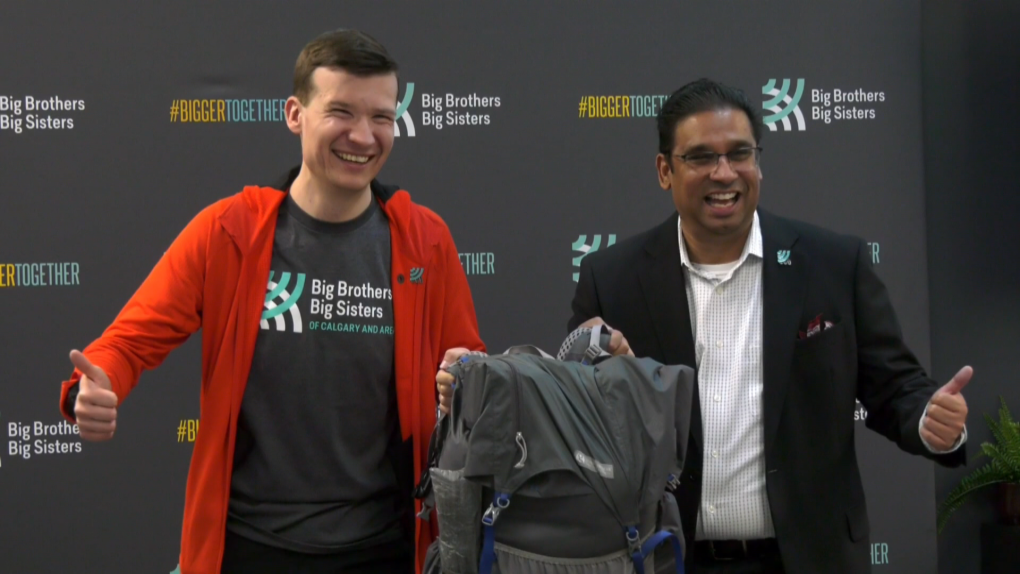 Former Ward 11 Coun. Jeromy Farkas poses with Ken Lima-Coelho, president and CEO of Big Brothers Big Sisters Calgary and Area, ahead of his fundraising run across California, Oregon and Washington.

The former representative for Calgary's Ward 11 is lacing up to run again, but this time not in a political capacity.

Jeromy Farkas, the former Ward 11 councillor who was unsuccessful in his attempt to become Calgary mayor, plans to undertake an arduous 4,200 kilometre, 100-day fundraising run in the United States benefitting Big Brothers Big Sisters of Calgary and Area.

"It will be unlike anything that I've ever done," explained Farkas. "I'll be solo, unsupported."

Farkas will attempt to run the Pacific Crest Trail — spanning California, Oregon and Washington — and cover an average daily distance of roughly the length of a marathon. His run is scheduled to start March 12 in the town of Camp, Calif., at the U.S.-Mexico border southeast of San Diego, and, weather permitting, end at the U.S.-Canada border at Manning Park, B.C. in mid-June.

"They say that politics is a marathon not a sprint," said Farkas. "And as my good friend Mayor Nenshi said, after many years (of him) telling me to take a hike, I figured this time I was going to take it literally."

Farkas has a target goal of raising $50,000 for Big Brothers Big Sisters and says he's already received more than $10,000 in pledges.

"I'm going to be out on the trail, I'd say, 30 to 60 kilometres a day, every day. I'm going to go into small towns every once in a while to be able to resupply. It's a pretty big logistical challenge but when you think about running a campaign and getting lawn signs delivered and stuff like that, there's some overlap."

Ken Lima-Coelho, president and CEO of Big Brother Big Sisters Calgary and Area, welcomed both the anticipated financial donation as well as the exposure Farkas' run brings to the organization.

"(We are) honoured and thrilled that he chose us," said Lima-Coelho. "There are 26,000 charities in our province and he chose us and we really believe that's powerful, especially as he comes from a background where many Calgarians know who he is and many Calgarians wondered what he might do next."