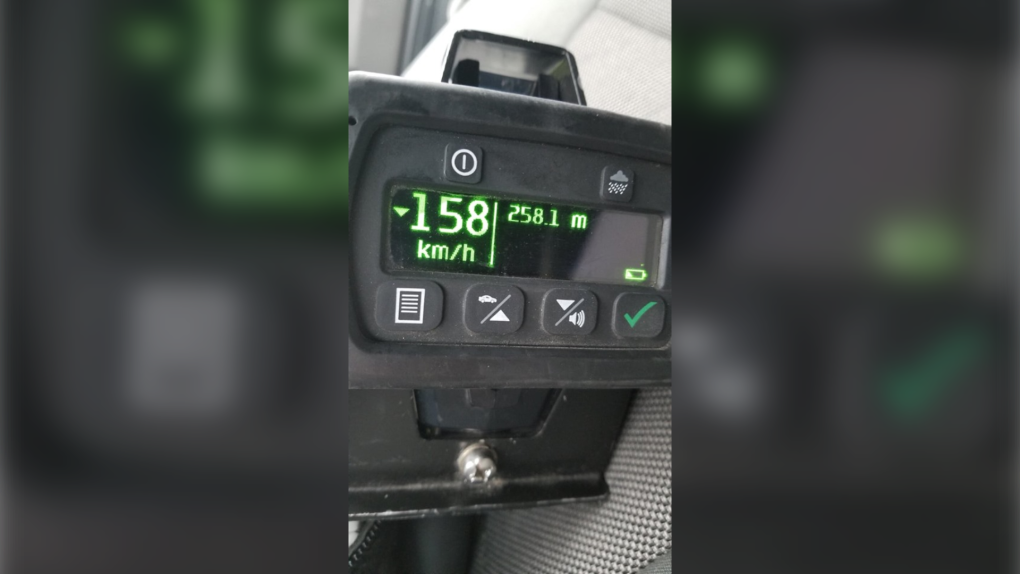 Police say they were conducting speed enforcement inside the Airport Tunnel on Saturday at 8:30 a.m. when they captured the car on radar.

The area is under construction and the posted speed limit is currently 50 km/h.

The police service posted an image of the car's clocked speed on its Facebook page on Monday.

The driver received a summons and a mandatory court date to explain his reasons for speeding through the area.

Police say another driver was also stopped last week and handed a $786 fine after they were caught driving 103 km/h while passing a stopped emergency vehicle.

The speed limit in the lane(s) immediately next to a stopped emergency vehicle with lights flashing is 60 km/h or the posted speed limit if it is lower.

Police are reminding drivers to slow down in construction zones and when passing emergency vehicles with their lights flashing.

For more information on the city's Slow Down, Move Over campaign, visit the website.