'Finish it off here': Flames look to advance past Stars

In a series where goals have been scarce, Johnny Gaudreau leads the Calgary Flames in playoff scoring.  He has a goal and four assists in five games against the Dallas Stars.

But this hasn't been the easiest of series for number 13.  In game four, Gaudreau took a hard hit from Stars forward Vladislav Namesitnikov and had to leave the game.  But he returned and helped lead the Flames to a 4-1 vicotry.

Johnny checks in with the media ahead of Game 6 in Dallas. pic.twitter.com/PU3ukU6e3g

In game five, he took an errant puck to the jaw. Again Gaudreau left the game but was able to return and see his team come back to defeat the Stars 3-1.

Friday, Gaudreau said it's all part of playoff hockey.

Gaudreau has only made it past the first round of the playoffs once in his career.  Many of his teammates like Noah Hanifin have never experienced that.

Hanifin says it's important to lean on veteran players who have had playoff success like Blake Coleman, Trevor Lewis, Tyler Toffoli and Milan Lucic. 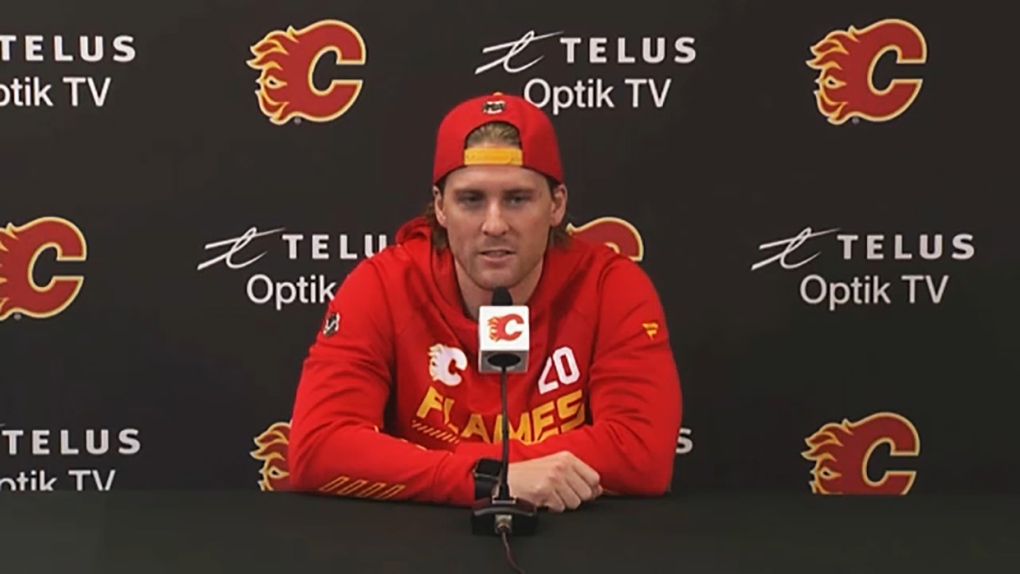 Blake Coleman, who won back-to-back Stanley Cups with Tampa, gave the Flames a pep talk between second and third periods Wednesday night. The Flames scored three third period goals to defeat Dallas and find themselves one game from advancing in the 2022 NHL playoffs.

"They've been there so they're very calm in those situations, in those moments and in the bit games," the 25-year-old defenceman said.

"I think it's comforting to be around guys like that in the room and have that.  But it's all about what's in front of you and not kind of looking too far ahead.

"Just focusing on one good game and the rest will take care of itself."

The Flames have been successful this season because they've been able to stay in the moment and not look too far ahead.

Gaudreau said all their focus in on game six versus the Stars.

"We'll worry about that when it comes to it.  I think guys in the locker room know how important this game is.

"You know we don't want to push this to a game seven.  You want to finish it off here and that's our mindset in the locker room."

Of course the Stars mindset is to push this series to a seventh game in Calgary on Sunday night.

Stars coach Rick Bowness said the team has found some inspiration from the NBA'S Dallas Mavericks.

"Listen the Mavericks came in here last night and they're going back to Phoenix. (The Mavericks beat Suns 113-86 Wednesday night). Our goal is to come in here tonight and go back to Calgary on Sunday night."