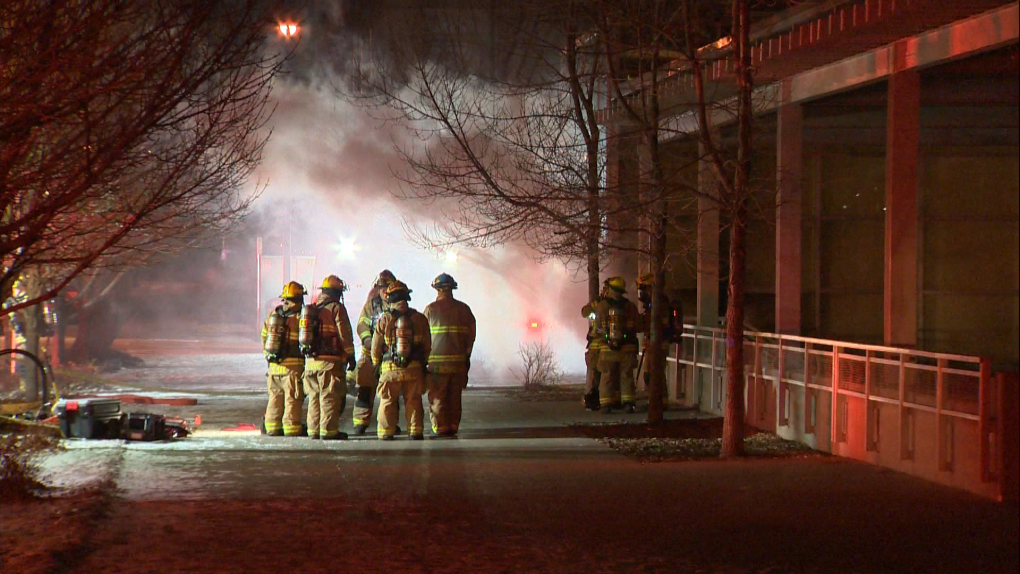 Calgary Fire Department members at the scene of a Nov. 28 fire at the Bridgeland-Riverside Community Centre in northeast Calgary.

Calgary Fire Department crews were called to an early morning fire at the Bridgeland-Riverside Community Centre in the city's northeast.

According to the CFD battalion chief, the fire at the building in the 900 block of Centre Avenue N.E. was reported at around 4:30 a.m.

Heavy plumes of smoke were billowing out of the lower level of the building when crews arrived.

As of 6:30 a.m., several fire trucks and the fire investigator remain on scene.