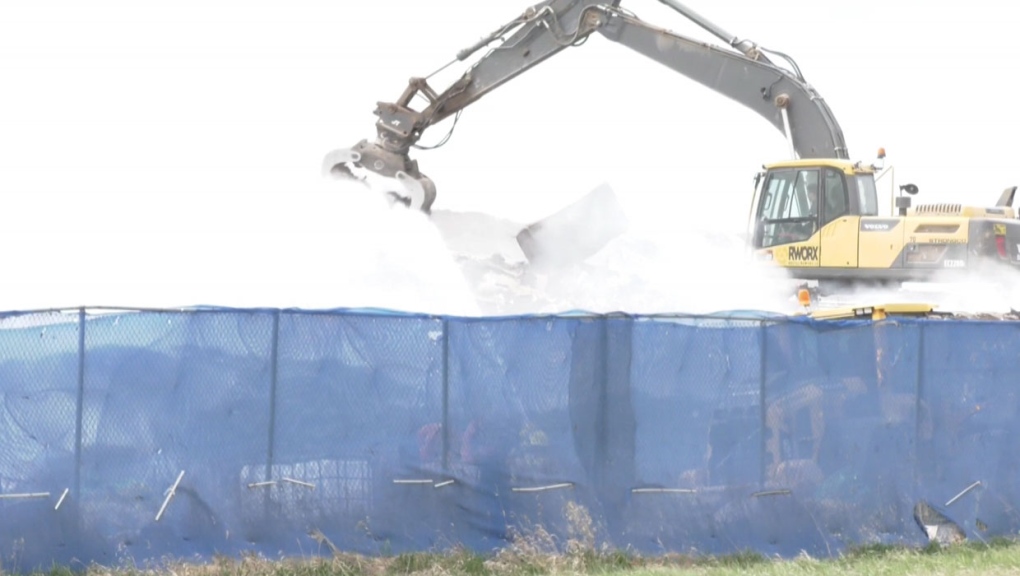 Fire crews and staff are working to ensure a blaze at Recycling Worx, east of Calgary, is fully extinguished.

Thick, black smoke from a fire at a recycling plant just outside Calgary city limits prompted a response from area firefighters on Sunday.

When they arrived, they found a fire burning in the main recycling pile at the facility.

Firefighters managed to bring the situation under control fairly quickly and say it likely began with what officials are calling a "contaminated load" inside a truck.

Officials say something happened inside the collected waste stored in the vehicle before it unloaded. When it did, that's when the fire spread even further.

Fortunately, the prevailing winds kept the smoke away from the city and no homes needed to be evacuated as a result.

Crews are now sifting through the burning pile to extinguish any remaining hot spots.