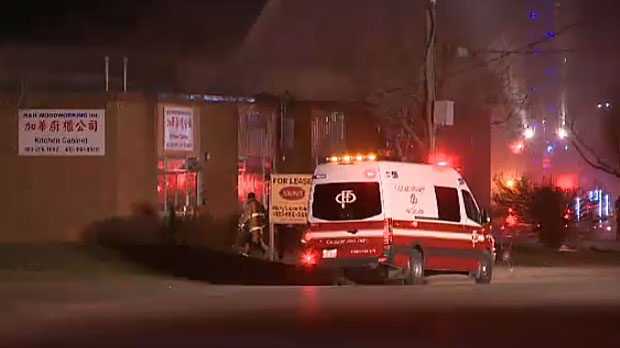 Calgary fire crews managed to contain a huge fire at a northeast industrial complex to one unit.

An industrial building in northeast Calgary sustained heavy damage in a fire on Monday night, with the roof of one of the bays collapsing in the fire.

They upgraded the call to a second alarm before they got there, due to the significant amount of smoke and fire seen in the sky as they approached.

Crews managed to contain the fire to a single bay by using a strong defensive technique.

They remain on scene to watch for further flare ups.

No one was injured in the fire and the cause is still unknown.