The Calgary Fire Department says one person was taken to hospital after a fire in Bowness on Sunday.

Crews arrived to find smoke coming out of the lower windows of the building and a number of residents waiting outside.

"I was in bed with my pug Jonas when the apartment fire alarm went off followed by the building fire alarm," resident Brandy Chalmers said.

"One of the other tenants started kicking on people's doors and telling people to get out because there was a fire downstairs. So I grabbed my dog and a few things I could find and I left to come out on the sidewalk with the rest of the other tenants to wait for the fire trucks to get here, and smoke started billowing out of the bottom unit just under my apartment." 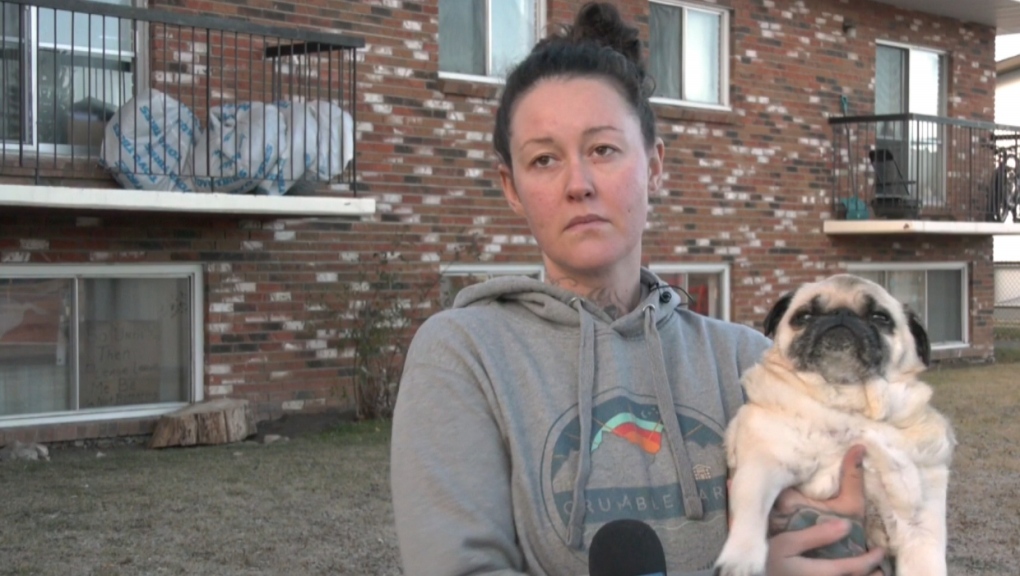 Firefighters helped one of the residents out of the building through a window.

Another resident climbed out of a broken window on their own, suffering cuts to their hands in the process.

Paramedics assessed both people from the suite at the scene, transporting one man to hospital.

"Entry to the occupancy was challenging due to debris in the way of the door," the CFD said in a news release.

"Once the fire was under control, crews searched and evacuated the other seven suites in the building."

The fire department said damage from the fire was contained to the suite of origin.

Chalmers said residents were allowed back in after about 90 minutes.