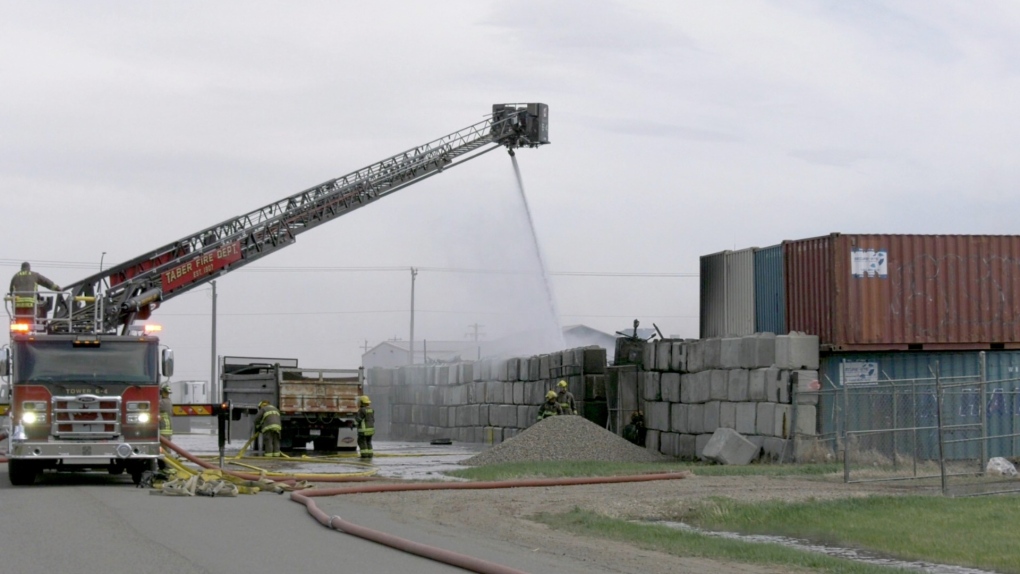 Firefighters were called to an industrial area in Taber, Alta.

Emergency crews spent part of Friday battling a fire at an industrial area in Taber, Atla.

Police and firefighters were on scene throughout the afternoon in the 5800 block of 64th Street.

Members of the public are asked to avoid the area.

In an update just after 4:30 p.m., officials said the fire was considered "contained" and crews would remain at the scene to monitor hot spots.

"The Taber Fire Department has determined that the fire was not suspicious or malicious in intent, and the cause is still under investigatio," read a release.

Taber is about 260 kilometres southeast of Calgary.