Fire restriction in effect for part of southwestern Alberta due to hot, dry weather

Fire restriction in effect for part of southwestern Alberta due to hot, dry weather 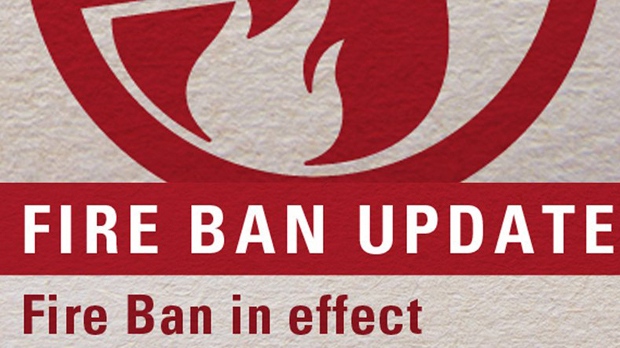 A fire restriction is now in effect for a large part of southwestern Alberta as hot weather hits with no rain in the forecast.

The order for the Calgary forest area issued today by Alberta Forestry suspends all fire permits, requires all outdoor fires to be put out and prohibits wood campfires on public land – particularly the backcountry.

Officials say extreme temperatures and dry conditions have persisted in the area with almost no precipitation.

They say conditions in the southern part of the Calgary forest area, which runs along the eastern slopes of the Rockies but does not include the City of Calgary, are particularly concerning and could be problematic if a wildfire ignites.

Officials say no active wildfires are burning in the area at this time.

Environment Canada has also issued a heat warning for much of southeastern Alberta, with daytime highs expected to be near 30 C all week.

"This stretch of hot weather is expected to persist into the weekend," the alert reads.

Similar fire bans were issued last week in Banff, Yoho and Kootenay national parks in Alberta and British Columbia due to a high risk of wildfires in the mountains.

This report by The Canadian Press was first published Aug. 9, 2022.