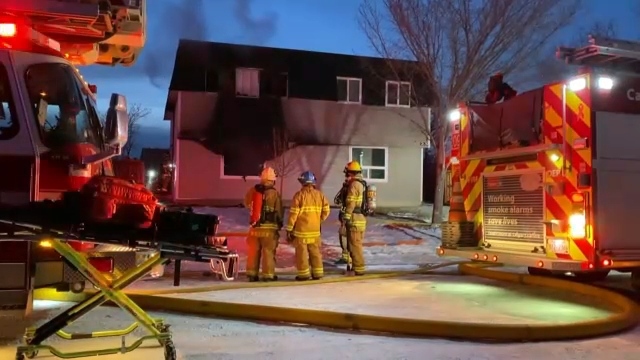 When firefighters arrived, they say smoke could be seen billowing from the home.

No injuries were reported, and no one was home in either unit at the time of the fire.

According to investigators, there is substantial damage inside both units.

There is no word on a cause, as of publication, with firefighters expecting to remain at the fire for several hours monitoring for hotspots.

The federal government failed to spend tens of billions of dollars in the last fiscal year on promised programs and services, including new military equipment, affordable housing and support for veterans.

Boris Johnson says Putin said he could hit him with missile

Former U.K. prime minister Boris Johnson said that President Vladimir Putin didn't seem serious about avoiding war in the days before Russia invaded Ukraine, and at one point told the British leader it would be easy to kill him with a missile.

Economic matters will be top of mind for parliamentarians as they return to Ottawa to kick off a new year in federal politics.

A suicide bomber detonated explosives during crowded prayers at a mosque inside a police compound in Pakistan on Monday, causing the roof to cave in. At least 34 people were killed and 150 wounded, officials said.