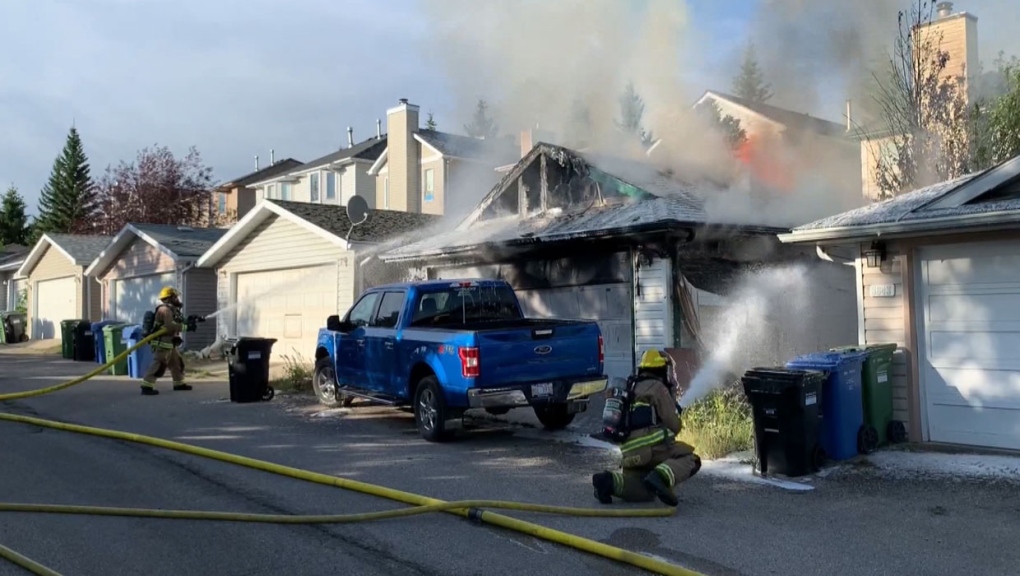 A fire that likely began with some oily rags quickly spread to a detached garage behind a home in southwest Calgary.

CALGARY -- Fire officials say some discarded rags may have helped fuel a blaze that destroyed a garage in southwest Calgary Monday evening.

The fire department was called to the scene behind a home in Signal Hill at about 7 p.m.

When they arrived, they found smoke and flames coming out of a detached garage.

The family was at home when the fire broke out, but managed to get out safely before crews arrived to put out the blaze.

Officials say there were no vehicles inside the structure, but there were woodworking tools and chemicals stored there.

Investigators say some rags used by the homeowners likely combusted in the heat.

Two homes, the one near the garage and the one next to it, suffered only minor damage.

The garage itself was completely destroyed.