Fire that destroyed Lethbridge garage believed to have been deliberately set 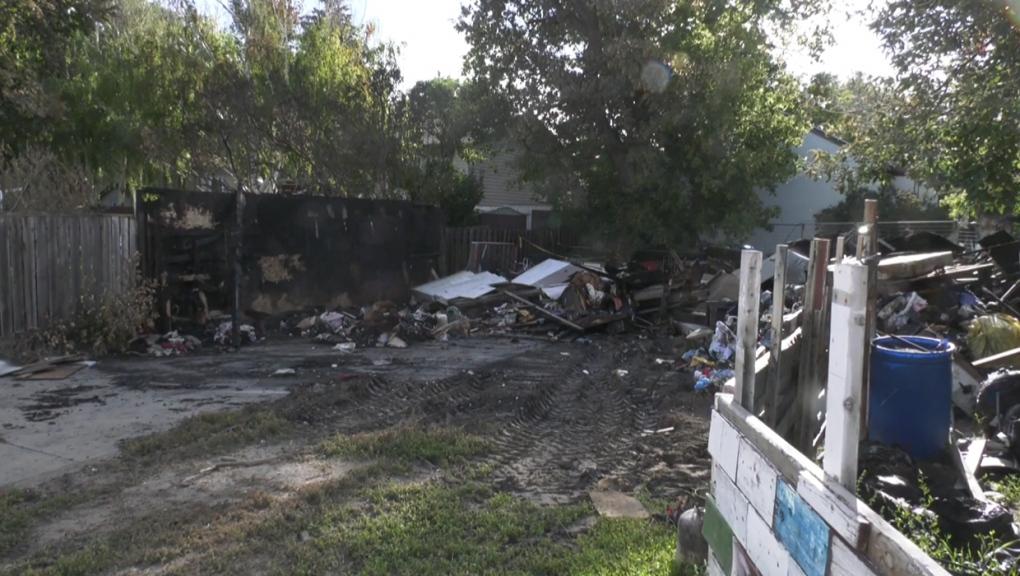 CALGARY -- Lethbridge police are investigating a Sunday morning garage fire after evidence suggested the blaze was an act of arson.

Fire crews were called to the 200 block of 14 Street North late Sunday morning following reports of a fire and encountered a garage fully engulfed in flames.

The fire was doused before it could spread to neighbouring homes and no injuries have been reported. All that remained of the garage was charred sections of the frame.

According to police officials, it's believed that yard waste left in the alley had been deliberately set afire.

Anyone with information about the fire is asked to contact the Lethbridge Police Service at 403-328-4444 or anonymous tips may be submitted to Crime Stoppers.