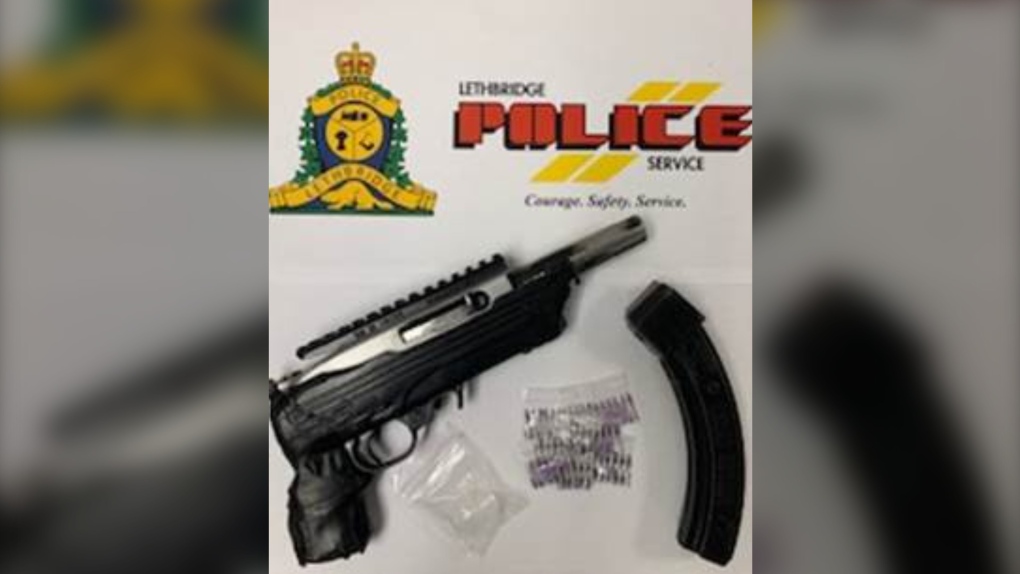 Lethbridge police seized a firearm and a conducted energy weapon during a drug bust on Wednesday evening. (Supplied)

CALGARY -- Lethbridge police seized an illegal firearm as well as a conducted energy weapon disguised as a flashlight during a traffic stop on Wednesday.

Officials say LPS members stopped a vehicle in the 1700 block of 23 Street N. at about 7:30 p.m. on April 14 after they witnessed the driver involved in suspicious activities.

A subsequent search of the vehicle discovered a loaded firearm as well as a conducted energy weapon made to look like a flashlight.

Police also found quantities of methamphetamine, cocaine and fentanyl worth about $1,600 as well as drug paraphernalia such as scales and packaging.

They also seized a small amount of cash, believed to be the proceeds of crime.

Wesley Johnson, 35, is charged with 28 offences, including possession of prohibited weapons, three counts of possession for the purpose of trafficking and possession of the proceeds of crime.

He was remanded into custody and is awaiting a hearing.