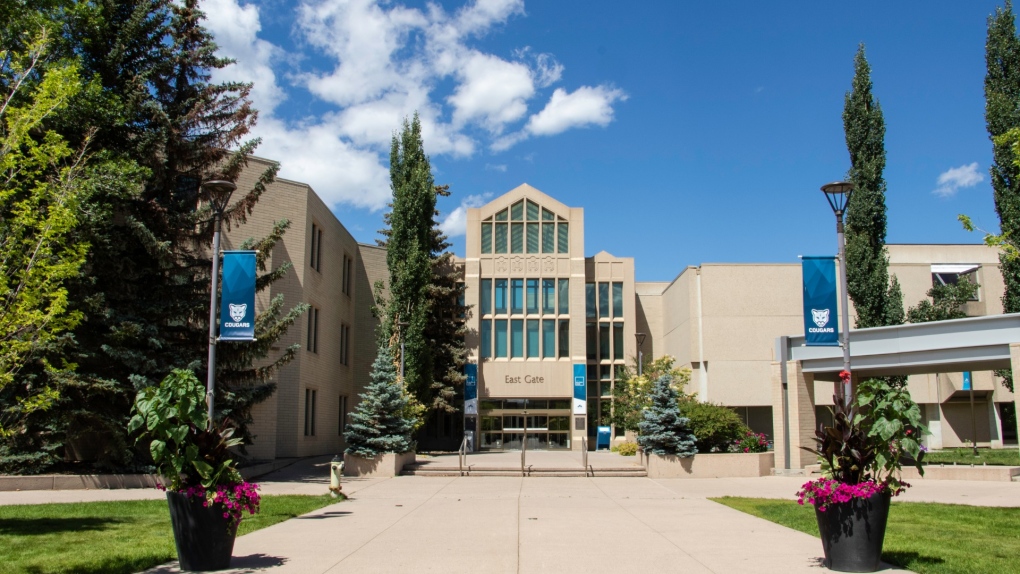 A tenured professor fired from Mount Royal University last month says she plans to take the matter to arbitration through her union.

A statement from the southwest Calgary university on Tuesday didn't give a reason for the termination, saying only that it "can confirm that Frances Widdowson is no longer a faculty member."

"MRU is committed to fostering expression and free speech, and strives to be a model for allowing opposing viewpoints to co-exist," the statement read.

"The university unequivocally supports academic debate and will always defend the rights of faculty related to academic freedom. However, academic freedom does not justify harassment or discrimination.

"Mount Royal employees have the right to work in an environment that is respectful and free from harassment. The collective agreement and MRU policies outline a process for resolving issues of workplace conduct, and decisions are always made following rigorous due process.

"The MRU community is committed to a learning environment free from harassment and discrimination for our students, faculty, staff, alumni, donors and the broader community."

Reached at her home on Wednesday, Widdowson declined to discuss the specifics of her case, citing pending arbitration, but said her firing on Dec. 20 was the result of what she called a "woke culture" on campus.

"I was questioning woke-ism, woke ideas at the university, so asking questions, and this could not be tolerated by woke activists, which is basically identity politics that has become totalitarian," she said.

"That's kind of the environment that was gradually becoming more and more poisonous."

An associate professor in the department of economics, justice and policy studies, Widdowson was hired at MRU in 2008 to be what she called "a critic of Indigenous policy," two years after receiving her PhD in political science from York University.

She has made controversial comments in the past, including being quoted in media reports in 2020 as saying the Black Lives Matter movement had “destroyed” the culture at MRU.

The Mount Royal Faculty Association did not respond to a request for comment.

The arbitration process can take up to a year, something Widdowson said she hopes can be fast tracked. She is also hopeful the dismissal will be reversed and she will return to teaching.

"One of the biggest mistakes people make in my case is they assume I'm some kind of alt-right wing figure," she said.

"Actually I'm a person who is critiquing Indigenous policies and other woke kinds of initiatives from a left wing position."