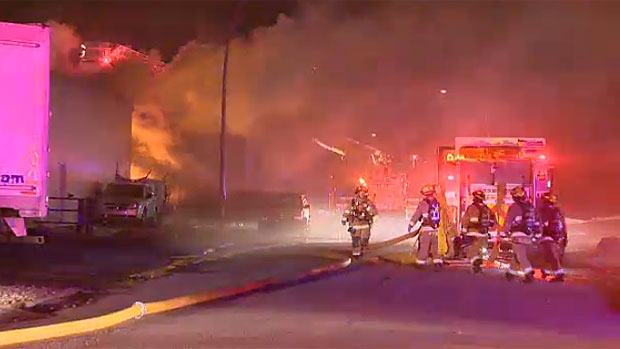 One firefighter sustained undisclosed injuries while battling a blaze at a southeast repair shop. He was taken to Sheldon Chumir where he was later released.

Fire crews were busy overnight taking care of a blaze that broke out at a southeast repair shop.

The fire department was called just after midnight to a repair shop in Ogden.

They were able to extinguish it fairly quickly, but it caused extensive damage to the building and a tractor trailer was destroyed.

Crews say the fire started in the tractor trailer parked next to the building.

One firefighter was injured in the fire and was taken to Sheldon Chumir for treatment.

He was released a short time later.

Crew remain on the scene to monitor hot spots and investigate the cause of the fire.