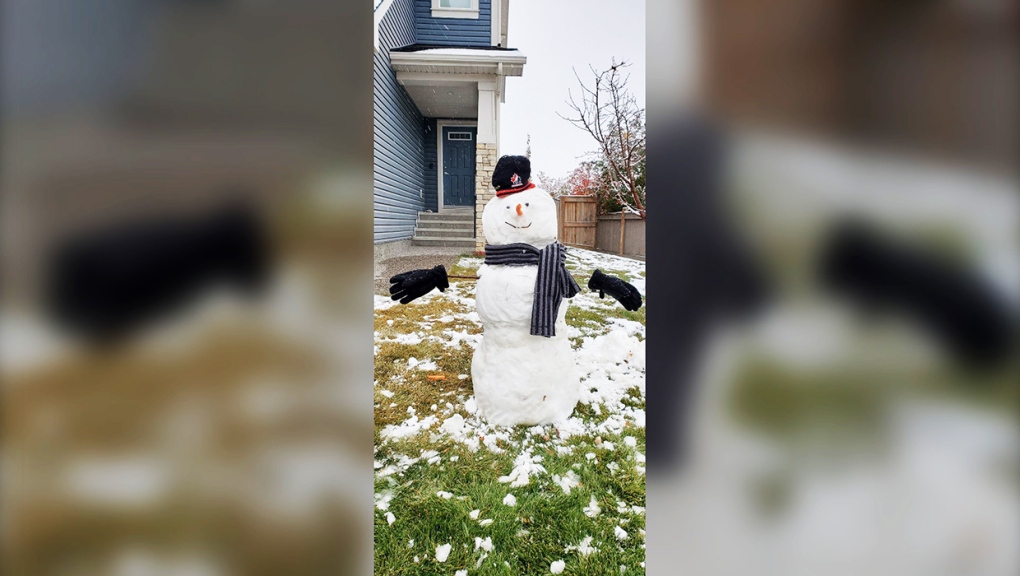 It's been a gorgeous autumn by any measurement in Calgary, but no sooner had 10,000 turkeys been slid into the oven Monday  to start Thanksgiving preparations did a snowman rise up on someone's Calgary lawn.

It's hard to confirm, but the first snowman of the fall may well have come from Cougar Ridge resident Ryan Ramage and his son Lincoln, who were already tweeting out an image of theirs by 9:30 a.m. 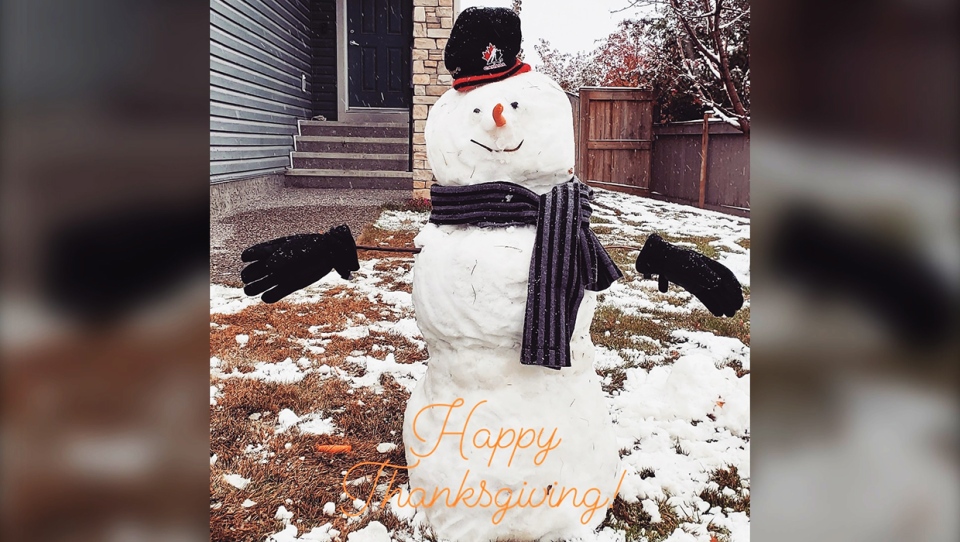 The Cougar Ridge snowfall was just one area of southern Alberta that experienced a preview of what lies ahead for all of us a few weeks up the road.

That included a crop dusting in Cochrane, where one tweeter, @BraydonMoreSo (Braydon Morrisseau), said seven centimetres fell by 10:15 a.m. Monday - and provided photographic evidence to back up his claim. 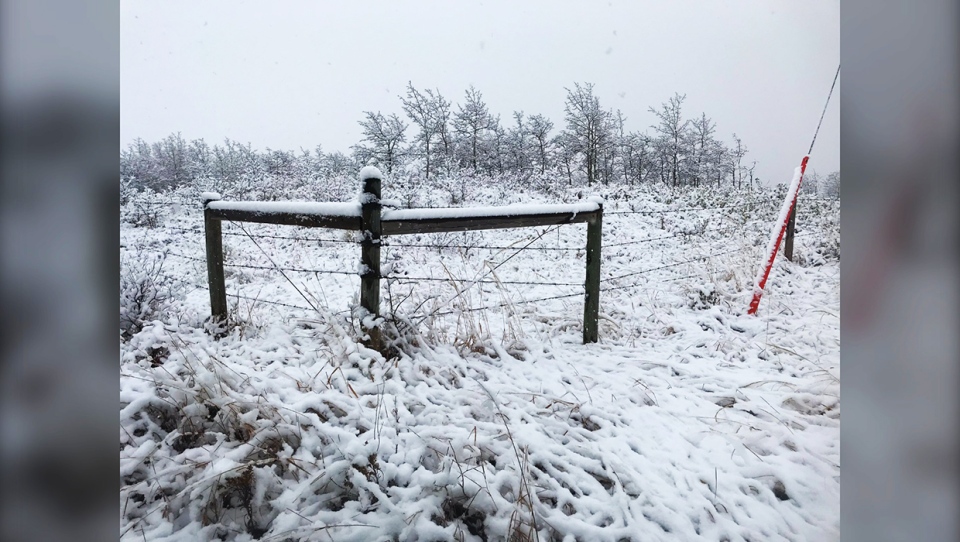 The snow wasn't expected to last, with highs of seven forecast for the Calgary area by Environment Canada, although there is a 60 per cent chance of showers.

As far as the season's first snowman, Ramage tweeted to CTV that as of 1:15 p.m., the snowman was "leaning a little to the left" but still standing.