Flames back on the ice as postseason preparations begin

CALGARY -- The Calgary Flames practiced as a team Monday morning for the first time since the NHL season was halted by the COVID-19 pandemic.

Players and coaches returned to the ice at the Saddledome to kick off a mini-training camp in preparation for their Stanley Cup playoffs play-in series next month in Edmonton.

As per NHL rules, each team is allowed to bring a cohort of 52 people to the hub city comprised of various trainers, medical staff, coaches and 28 total players.

The Flames currently have 35 players on their roster including four goalies, 11 defencemen and 20 forwards.

The players and coaches were separated into two groups for Monday’s on-ice session. The first group took to the ice at 10:00 a.m. while the second group takes the ice at 12:15 p.m. to wrap up the practice.

The most noticeable thing on day one of Flames training camp was who wasn't on the ice for the first training session.

That was clearly the main group, who worked the power play and penalty killing.

Coach Geoff Ward didn't shed any light on why the players were split up the way they were.

"Circumstances that became apparent last week with us made it so that we had to split the groups the way you saw them today," Ward said. 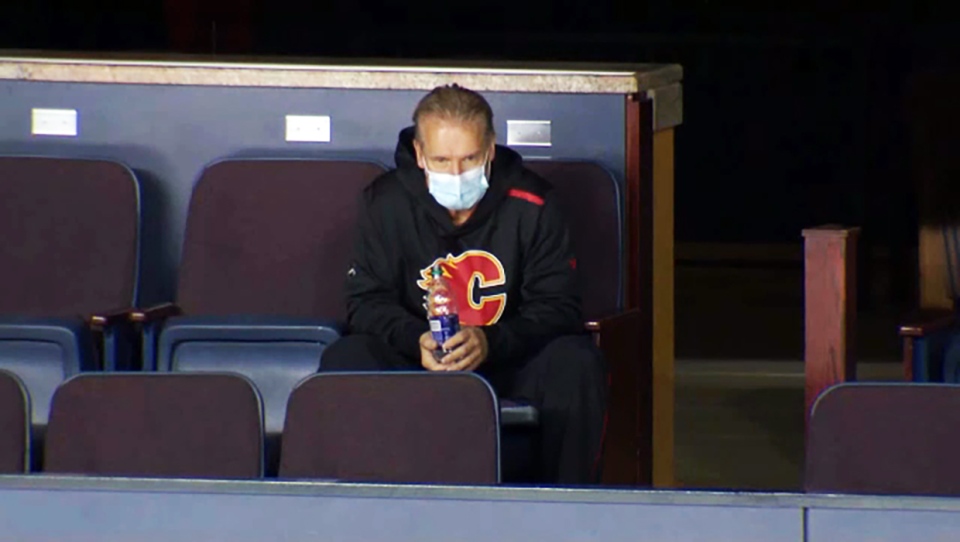 One thing Ward was clear about the need to be ready when they open the playoffs against the Jets.

"You know we're evaluating every player on a daily basis," he added. "We understand that we've got a short (best of five) series to start coming out of training camp, so we need to put the best 20 players on the ice."

One of those players is Flames captain Mark Giordano, who said preparing for an August playoff series was a little weird, but it was still great, after four months away from it, to be back on the ice.

"Everyone's fresh," Giordano said. "It sort of feels like the start of a regular camp today, being in here and getting back on the ice and going through videos. I'm sure it will ramp up quick. I think that these next two weeks are going to fly by...and then we'll be hopefully right into the hub city and right into the thick of it."

Forward Matthew Tkachuk said he was looking forward to meeting the Jets.

"(I'm) very thankful to be given that opportunity,"Tkachuk said, "And this year we're going to try to make the most of it and we're out for a little redemption from last year." 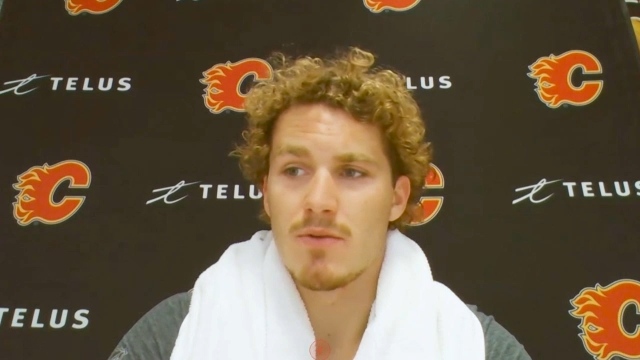 General Manager Brad Treliving says his club is as locked down as much as possible right now as management works to keep everyone in the same bubble and virus-free.

"The players life is they enter the building, they get a temperature check, a COVID test, they’re masked and they come on individually spread out on separate dressing rooms," Treliving said.

"When you are susceptible is when you leave the rink."

Staying healthy for the Flames will be important if the club wants to be successful this post-season.

Calgary is scheduled to play its first official game on August 1 in Edmonton when the Flames begin a best-of-five Stanley Cup playoffs qualifier series against the Winnipeg Jets.