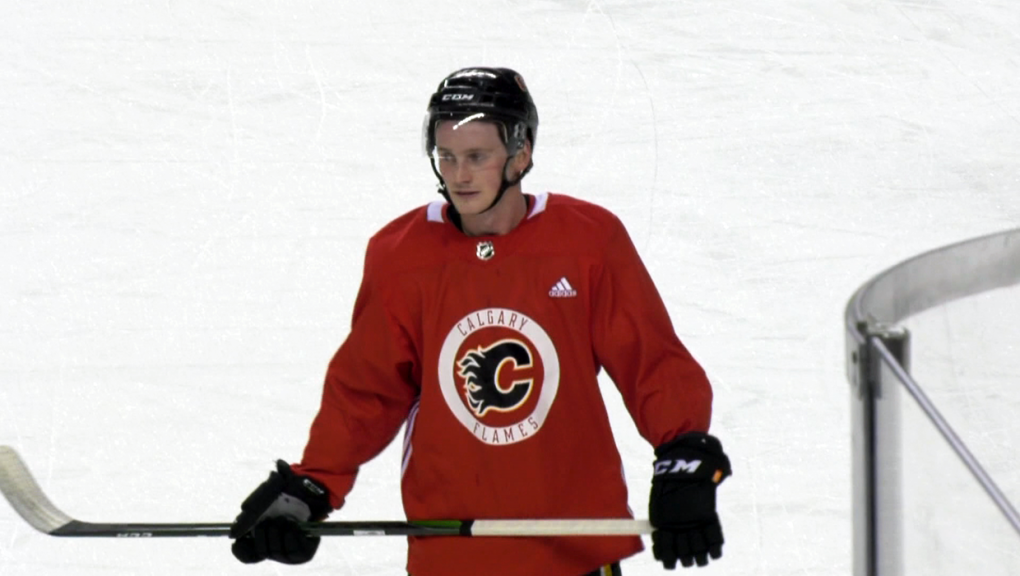 CALGARY -- The Flames have recalled forward Matthew Phillips from the Stockton Heat, and he shouldn't have any trouble finding his way around town.

That's because the 21-year-old forward is a Calgary native, who played youth hockey for the AAA Calgary Bisons and Buffaloes.

The 172 cm (five-foot-eight) Phillips has been averaging more than a point a game with Stockton, tallying nine goals and 16 assists for  25 points in 22 games this season.

Phillips being called up to the Flames may come as a surprise to some, but it won't surprise his grandfather, 83-year-old Don Winsor, a former sports columnist from Happy Adventure, Nfld., who actually used to cover the Flames.

Back in September, Winsor spent some time visiting his grandson during the Flames' training camp, and called his shot.

“I knew that Calgary would one day draft him," Winsor said. “I always said to the boys upstairs, there’s your future Flame.”

Phillips will join a Flames team that is the hottest in the NHL at the moment, having won five-straight games under the leadership of interim head coach Jeff Ward.

The team will look to make it six-in-a-row Tuesday night against the Coyotes in Arizona.