Dillon Dube was born in Golden, B.C. But grew up in Cochrane and right from the start he was a huge Flames fan.

Dube said heading down for that first playoff game on Tuesday night and playing his first post season game in front of the hometown fans was an amazing experience.

"It was a stressful drive," Dube said.

"It took longer than normal, the windows were down and I was sweating a little bit.

"The city is packed right now and it's awesome to see," he added. "You feel that going to the rink. You feel the city backing us so you definitely try and take that (energy) into games." 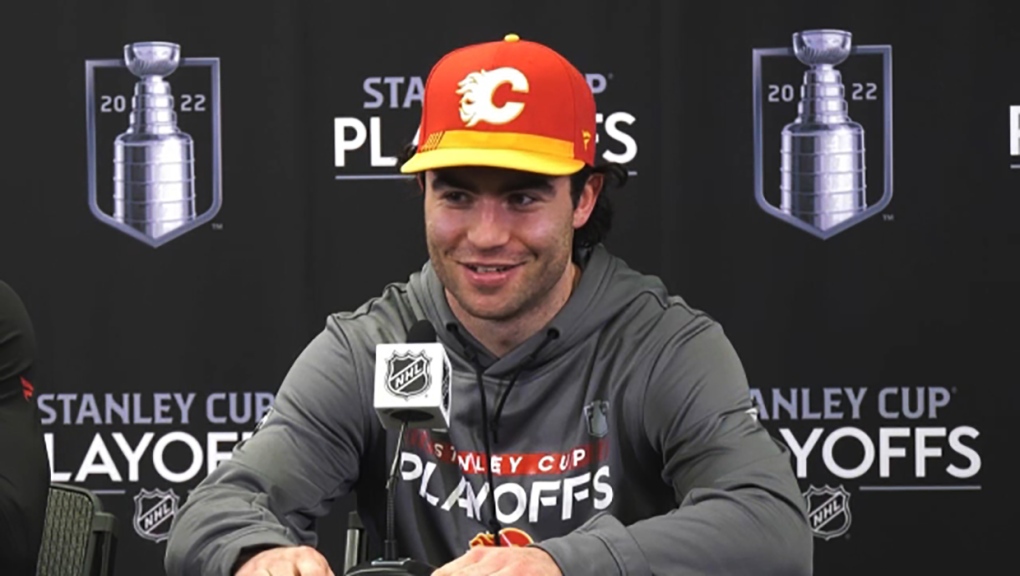 Dillon Dube was born in Golden, B.C. But grew up in Cochrane and right from the start he was a huge Flames fan

Dube admits he was a little bit nervous heading into that first game but he's not alone. Milan Lucic has played in several Stanley Cup playoffs and says he still gets nervous.

"I think it's a great feeling to have. You know I think it means you're excited and ready to go and we're going to need a lot of emotion again here Thursday night."

Even though Dube is from the area, he never got to experience being in the Saddledome for a playoff game growing up.

But he says it's even better being able to do it as a player and having your family there to watch.

"I grew up and couldn't get out here so it's cool (to be part of the NHL playoffs) and my family is here watching this time so it's pretty cool."

Many of the parents are here to watch their sons play, including a group from Sweden. Elias Lindholm's dad, Jacob Markstrom's mom and Oliver Kylington's dad were all at the morning skate.

B.K. Kylington says it's been in unbelievable experience.

"It is every daddy's dream coming true. You know what he's been doing during the years and now he has a chance to help the Flames win the Stanley Cup."

Crown counsel is seeking to revoke the prior order that granted bail for Tamara Lich, an organizer of the 'Freedom Convoy,' and says he will argue for her to be detained.

South Africa's president will attend the funeral Wednesday for the 21 teenagers who died mysteriously at a tavern last month.