CALGARY -- The Calgary Flames have rehired the coach that brought the organization its greatest playoff success since winning the 1989 Stanley Cup.

The Flames announced the hiring of Darryl Sutter and the firing of Geoff Ward about an hour after Calgary's 7-3 win over the Ottawa Senators on Thursday night.

The 62-year-old from Viking, Alta., guided Calgary to the Stanley Cup final in 2004 when the Flames lost in seven games to the Tampa Bay Lightning.

Calgary also lost in the first round of playoffs four other years during his tenure.

The Flames were 11-11-2 this season under Ward, who took over as interim head coach when Bill Peters resigned in November 2019. The interim tag was removed from Ward's title in September.

The Flames are two points back of the fourth-place Montreal Canadiens in the all-Canadian North Division. The Habs fired Claude Julien last week and replaced him with Dominique Ducharme, the only other coaching change in the NHL so far this season.

Sutter coached the Los Angeles Kings from 2011 to 2017 and won Stanley Cups in both 2012 and 2014. He was most recently an adviser to the Anaheim Ducks coaching staff.

Sutter has 18 seasons of head-coaching experience in the NHL with Chicago, San Jose, Calgary and Los Angeles. His overall coaching record of 634-467-101-83 ranks him 17th all-time in NHL wins.

Sutter also faced accusations about his own coaching past. Former NHL player Daniel Carcillo said Sutter used to berate players in the locker room and that he once saw Sutter kick a player sitting on the bench during a game

Sutter told CTV Calgary that the allegations are true and that he believes "the truth will always come out."

However, Sutter began coaching professional hockey in the 1980s, at a time when the standards for language and behaviour from coaches and players were much different than they are today. David Legg, a professor of sports management at Mount Royal University, said hockey is still sorting out its past the same way the rest of society is.

"There are lots of examples that we are addressing today," he says," a historical figure acted in a certain way 100 years ago, a coach coached a certain way 30 years ago, parents parented differently 30 years ago - it's a difficult and interesting conversation we are having right now in terms of judging those individuals by today's standards."

A .500 team when Peter resigned amid allegations he'd directed racist comments at a player in the minor leagues a decade earlier, the Flames rallied from the controversy to go 25-15-3 for a .616 winning percentage under Ward. 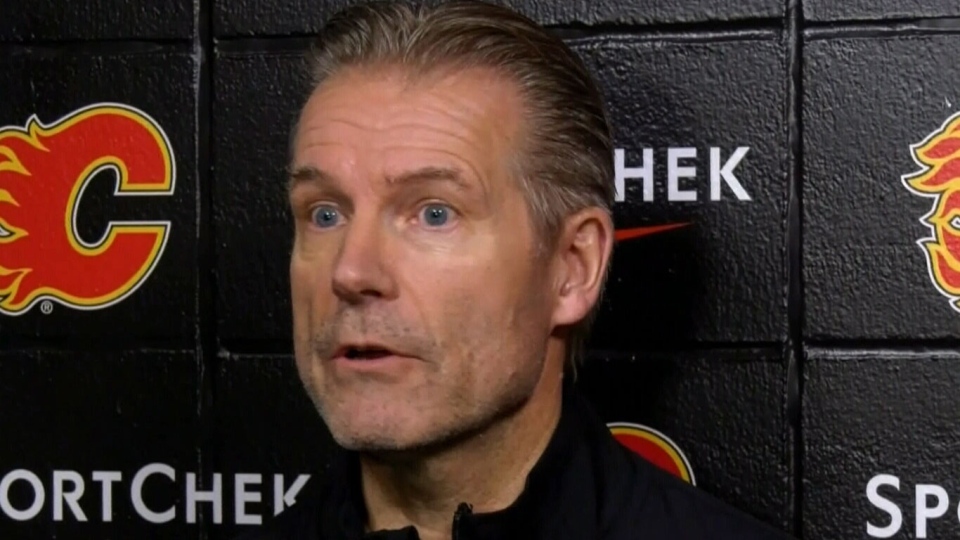 Calgary downed the Winnipeg Jets 3-1 in a in a best-of-five qualifying series to advance in last summer's Western Conference playoffs in Edmonton.

The Dallas Stars bounced the Flames from the first round of the playoffs in six games. Calgary imploded in Game 6, allowing seven straight goals after leading 3-0.

Sutter played eight seasons for the Chicago Blackhawks from 1979 to 1987.

With files from Donna Spencer and The Canadian Press  first published March 4, 2021.