Juuse Saros of the Nashville Predators and Igor Shesterkin of the New York Rangers are also in the running for the prize awarded "to the goaltender adjudged to be the best at his position."

All three goaltenders are making their debut as Vezina Trophy finalists. It's the first time since 2014 that there has been three debutantes for the award. Tampa's Ben Bishop, Boston's Tuukka Rask, and Colorado's Semyon Varlamov were the nominees that year.

Markstrom had a 2.22 goals-against average and a .922 save percentage in the regular season for Calgary. He had a league-leading nine shutouts this season, far surpassing his eight career shutouts entering the season.

He is the first Flames netminder voted a Vezina Trophy finalist since Miikka Kiprusoff in 2006-07 and is aiming to become the second winner in franchise history, following Kiprusoff in 2005-06.

HOW SWEDE IT IS!

Jacob Markstrom has been named a Vezina finalist! https://t.co/i0nh1wEbLE

"I congratulated him today," said forward Matthew Tkachuk. "I think a lot of guys did.  It speaks to the great year he's had and I know that he's not content you know just being a finalist for that and we all have the same goal with where we are right now and where we want to be."

'THE NOMINATION IS DESERVING 100 PER CENT' 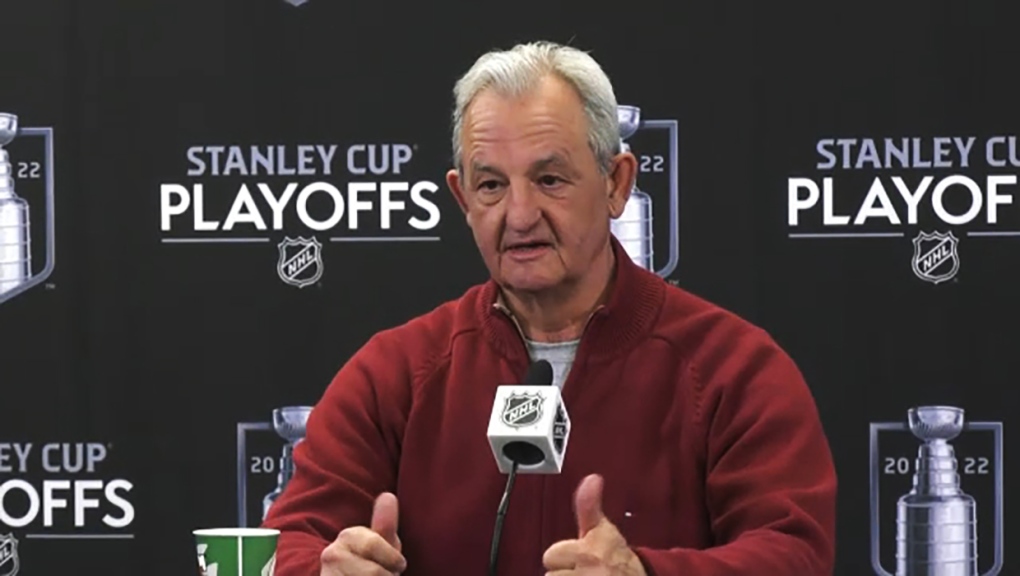 Meanwhile the terse Sutter, who also coached Kiprusoff during his greatest years as a Flame, was downright talkative when it came to assessing Markstrom's stellar season.

"I think he's a strong leader for our team," Sutter said. "The way he carries himself and you guys know from being around him how he presents himself, he's a first class person first which is a big thing for our young players to see and I'm sure that (backup goaltender) Daniel (Vladar) has learned a lot from him, (for example) how to carry yourself and how to practice and take care of yourself and that's important (in this league).

"The nomination is deserving 100 percent," Sutter added.  "He's in the top five in every major category so that's what we talked about at the start of the year.  That was what some of our goals were and that was getting the goals against to be in the top five in the league.  That would give us an opportunity to be a playoff team and Marky (Markstorm) has certainly carried the flag there."

Markstrom meanwhile didn't have much reaction at all. Asked what he thought about becoming a Vezina finalist, Markstrom said, "Right now, not much. It's all about (Game 5) tomorrow."

Saros took over as the Predators' starting goaltender after Pekka Rinne's retirement in the off-season. Saros had a 2.64 GAA, .918 save percentage, and four shutouts for Nashville.

Rinne was a four-time Vezina finalist, capturing the award in 2017-18, finishing second twice and third once.

Shesterkin posted an NHL-best 2.07 GAA and .935 save percentage, helping the Rangers (52-24-6) reach 110 points, the third-highest total in franchise history.

He recorded the seventh-best save percentage among all NHL goaltenders since the statistic was first officially recorded in 1955-56 (minimum 25 games played) and became the second Rangers netminder to top the save percentage chart, following Gump Worsley in 1957-58.