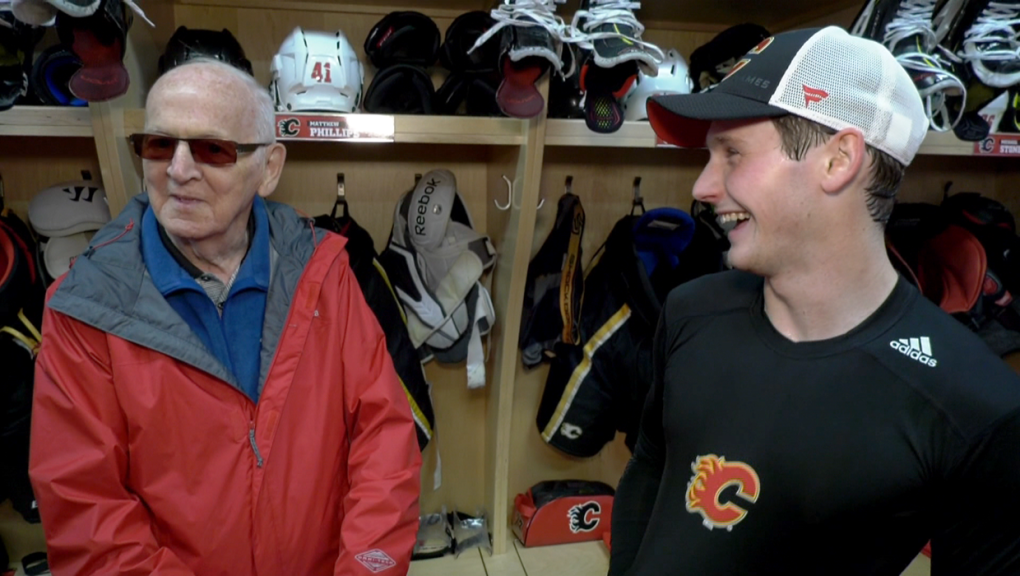 83-year-old former sportswriter Don Winsor and his grandson Matthew Phillips, who's trying out for the Flames.

This has been a very special training camp for Flames prospect Matthew Phillips. Not only has he turned some heads among Flames management types, but he also has his grandfather here to watch and support  him in his quest to make the NHL roster.

83-year-old Don Winsor is here from Happy Adventure, Newfoundland and says it’s been a happy adventure to see his grandson performing at Flames camp.

“It’s unbelievable,” he says. “I remember Matty when he first hit the ice in Mount Pearl, Newfoundland. He was a five-year-old and he wanted that piece of black rubber and he still wants it today.”

Phillips was born in Calgary, but spent some time in Newfoundland when he was younger. His grandfather wrote a sports column in Newfoundland and actually used to cover the Flames back in the day.

“He’s been around the rink and has been coming to Flames games for a lot of years, “Phillips says. “For him to be here and experience this (upcoming) game and coming here like he’s done before, I’m lucky to be part of it.”

Even back in his sportswriting  days, Winsor says he had a strong feeling Matthew would one day end up a  Flame.

“I knew that Calgary would one day draft him," he says. “I always said to the boys upstairs, there’s your future Flame.” 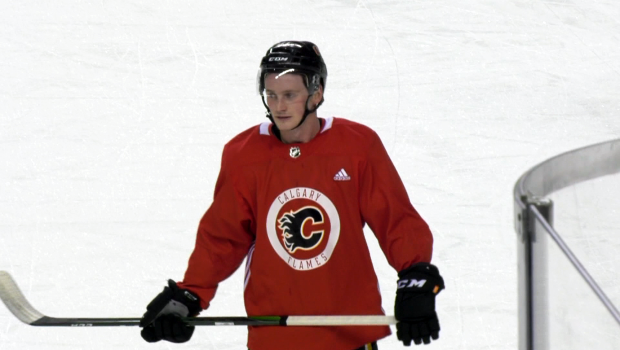 Matthew Phillips is only listed at 5 foot 7. Throughout his hockey career he’s always had to battle against the odds and prove himself. Through it all, he says his grandfather was always a big believer.

“It means the world (to me)," he says. "That’s a really good way to put it. He always believed in me and he’s always been kind of a backbone.”

Winsor will have a great seat for Wednesday night's matchup against the San Jose Sharks: he’s been invited to the owners' suite.

Matthew will be given a great opportunity on the ice as well to demonstrate his skills. He’ll start on a line with Derek Ryan and Milan Lucic.