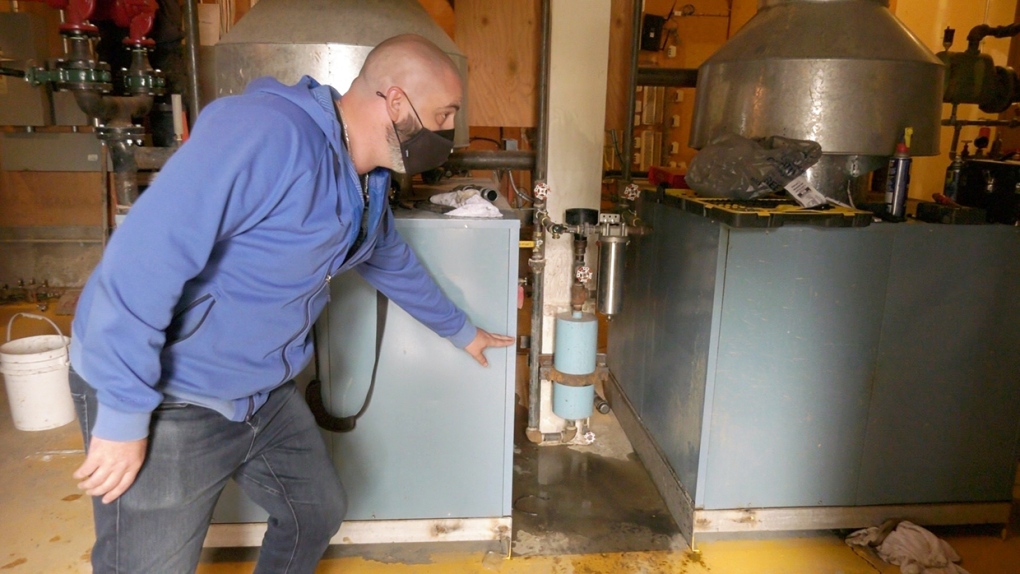 LETHBRIDGE, ALTA. -- About 90 units in a north Lethbridge condominium complex have been without electricity, water or heat, after a water main break flooded the buildings main utility room.

Residents of Uplands Manor said they were unable to flush their toilets, and were left scrambling trying to save their perishable food items.

"I had no water, no heat, no telephone," said Pauline Robinson, who lives on the ground floor of the three story complex. "They checked the water, and it stopped right outside the door. So I'm fortunate."

The building is managed by Hometime Property Services. Property Manager Russell Bly said two units received water damage. The resident of one of those apartments was being relocated to a vacant unit, while crews are assessing whether the second apartment can be dried, and cleaned.

Electricians, plumbers and restoration crews have been working on site since Monday morning, when an underground water line broke, filling the room that contains the electrical panels, boilers, and hot water tanks with about 66 centimeters of water. 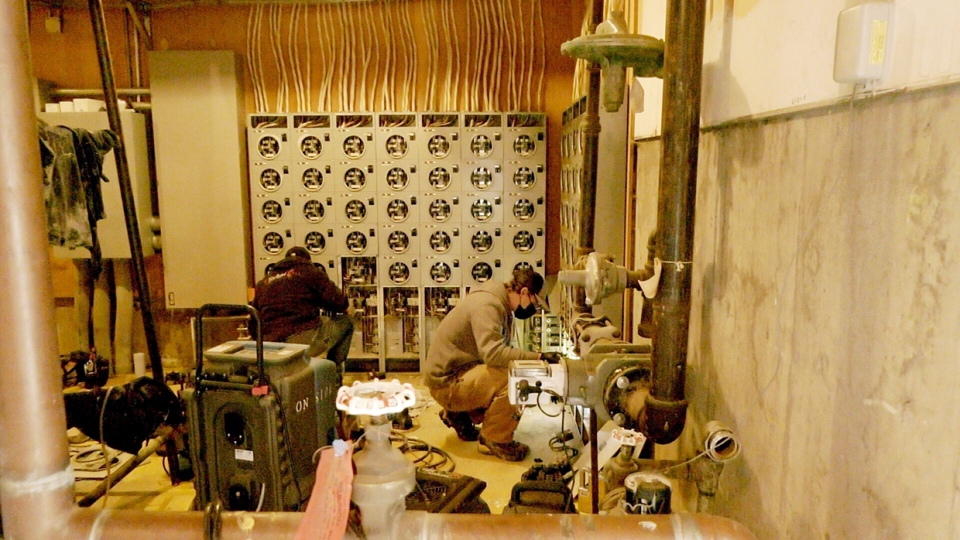 He said the city and electricians were unable to safely restore electricity until the area could be dried and all of the connections checked, and if necessary replaced.

Several of the residents were gathered outside Tuesday afternoon, because they said it was warmer than staying in their rooms.

"It's just cold in there," said third-floor resident Pam Salisbury. "Nobody has offered us anything. We're still living here like dogs."

Daniel Krooshoop said when he woke up Monday morning he tried to turn his light on, and it didn't work. Then he went to the washroom and discovered the water didn't work.

"Luckily a good friend came by with a couple of bags of ice, and we put food in coolers."

Krooshoop said it has been hectic but he is mostly concerned about the elderly residents. "Everybody is kind of living in the hallway right now, because that's the only place where there are emergency lights, and some power."

Residents said one woman, in her 80's, was cooking on a hot plate in the hallway, where some outlets were still working.

Bly said incidents like this serve as a strong reminder why it's important tenants have renters insurance to cover living expenses, contents and personal liability.