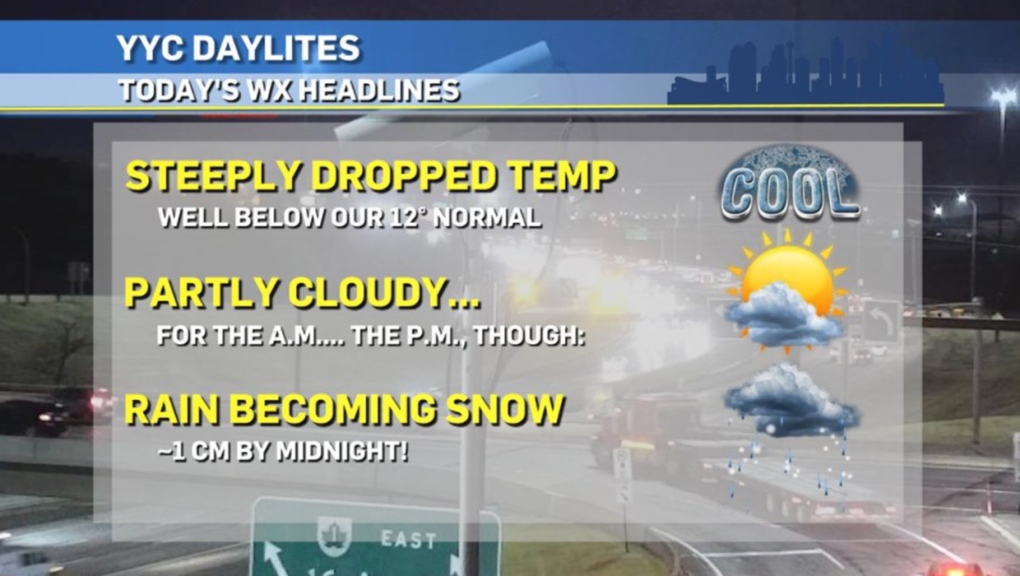 A tale of two lows: the first low caused a frontal boundary that offered enough snow for, well, this: 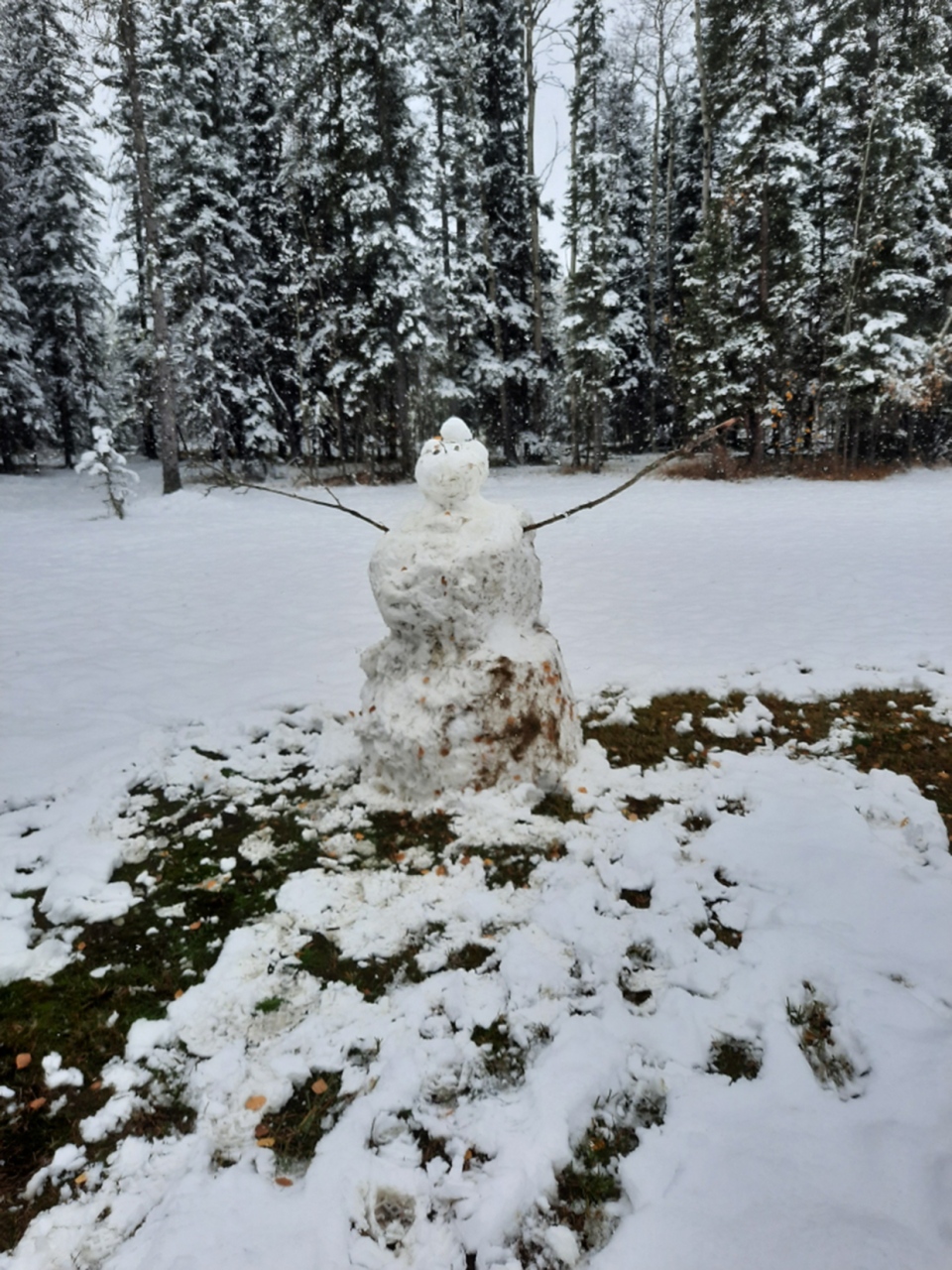 Thanks to the Shandruk family for sending that by. Conditions were similar in Cochrane. You can submit your snowy weather photos here.

Then, the second low is on its way in off the Pacific coast, where it’s strong enough to offer wind warnings across Vancouver Island and for the southern coast of B.C. As that low tracks to the inland higher elevations, it will produce warning-level snow for the B.C. interior before crossing the Rockies later today, starting as a thin veil of showers before progressing into flurries.

This will pass us by tomorrow afternoon. That said, it could leave 3-5 cm of snow in its wake, much of which will be handled by a high temperature of 4C around Calgary. Communities with cooler conditions (looking at you, Cochrane – that 100-metre difference in elevation is massive!) could see their snow-layer have a bit more staying power.

With a note to our high and low temperatures: as long as it’s 4C or cooler, snow can fall and have full transit to the surface, though ground temperatures will ideally limit our actual snow-on-ground amount. Drive safe, friends.