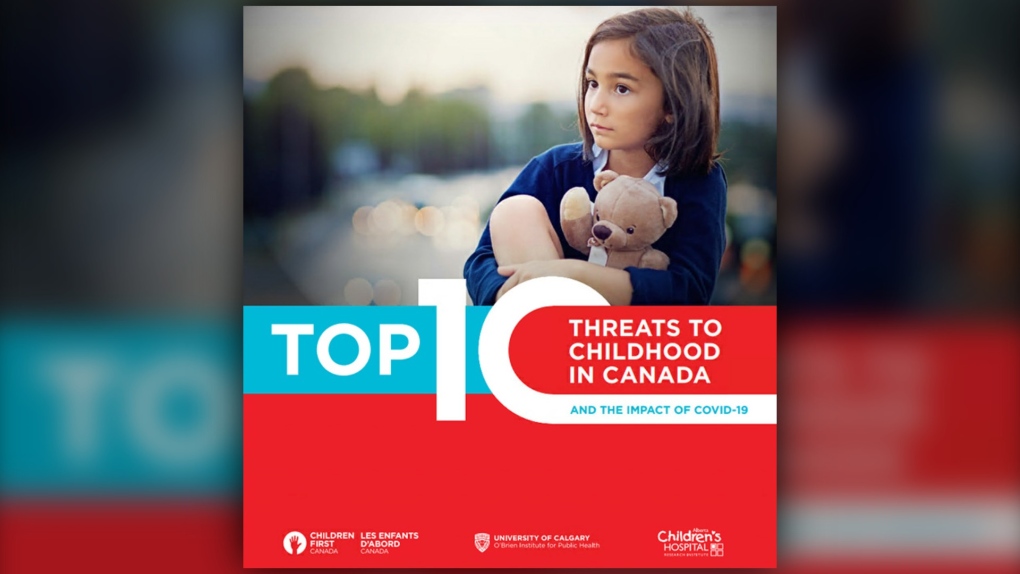 "Since the outset of the pandemic, we have been worried that children were being disproportionately impacted," said Sara Austin, founder and CEO of Children First Canada.

"Early indicators from this report suggest that children’s health is in jeopardy. How the government chooses to respond will change the trajectory of children’s lives."

The report is the third in an annual series jointly published by Children First Canada, the University of Calgary’s O'Brien Institute for Public Health and the Alberta Children’s Hospital Research Institute.

According to the statistics in this year’s report, one-in-five Canadian children live in poverty.

That’s affected access to nutrition and 15 per cent of Canadians surveyed by Statistics Canada indicated living in a household where they experienced food insecurity in the past 30 days.

Mental health has also been affected with 57 per cent of participants aged 15 to 17 reporting their mental health is worse than it was prior to physical distancing measures.

Suicide is now the leading cause of death for children aged 10 to 14 in Canada.

One-in-three Canadians has experienced abuse before the age of 15.  Kids Help Phone has reported an increase in conversations about physical, sexual and emotional abuse. As kids go back to school, reports of suspected child abuse may potentially increase with children encountering trusted adults.

Along with the Raising Canada 2020 Report, Children First Canada’s Council of Champions released a call to action, urging the government to appoint a federal Commissioner for Children and Youth, a Children’s Budget and a national strategy to tackle the top 10 threats.