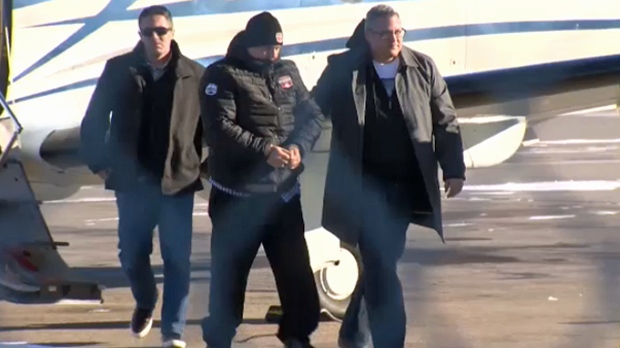 A former Calgarian who killed his girlfriend before fleeing to Ontario and later Quebec has been sentenced to life in prison with no parole for 17 years.

Stephane Parent, who was found guilty of second-degree murder in October 2021, was sentenced Friday. He is now 53 years old.

Parent killed his 21-year-old girlfriend Adrienne McColl in 2002. Her remains were found by a rancher in a ditch outside Nanton, Alta., approximately 90 kilometres south of Calgary, four days after she was reported missing on Valentine's Day of that year.

McColl and Parent had worked together at the since-shuttered Studio 82 bar in southwest Calgary.

Parent fled to Ottawa after McColl's body was located and remained the focus of the homicide investigation. He was arrested in Quebec in 2018 and subsequently charged following advancements in forensic technology.

His sentence also includes a lifetime ban from owning firearms.

Thunderstorms kill 4 in southern Ont., knock out power in parts of Que.

As the May long weekend kicked off, a massive thunderstorm in southern Ontario and Quebec brought strong wind gusts that knocked down trees, took out power and left at least four people dead.

Alberta Premier Jason Kenney says he will not be running in the race to pick a new leader of the United Conservative party.