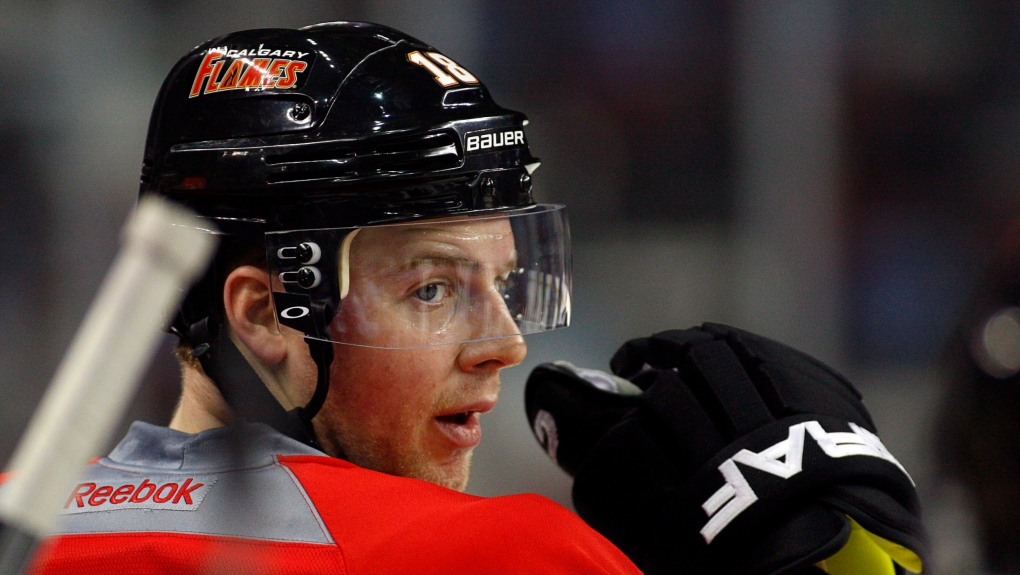 CALGARY -- After playing in 1,003 NHL games over 14 seasons split between the Toronto Maple Leafs and Calgary Flames, forward Matt Stajan is calling it a career.

The 35-year-old, who tallied 413 career points, including 146 goals and 267 assists, made the announcement Tuesday.

“As a kid growing up in Mississauga, Ontario, it was my dream to one day play in the NHL," he said in a statement.

"To have had this dream come true, and have been able to play the sport that I love so much for so many years, is something I feel extremely fortunate and grateful for. The memories that I have made will truly last a lifetime."

After playing junior hockey with the Belleville Bulls, Stajan was taken in the second round, 57th overall, by the Toronto Maple Leafs in the 2002 NHL Entry Draft.

He scored his first goal in his first NHL game, on April 5, 2003 against the Ottawa Senators.

After nine seasons in the Toronto Maple Leafs organization, including two stops with their AHL affiliate St. John's Maple Leafs, Stajan was traded to the Flames in 2010 as part of a seven-player blockbuster deal that shipped Flames defenceman Dion Phaneuf east, where Stajan played for the next eight seasons.

He was also a big part of the teams' off-ice endeavours, along with wife Katie.

Stajan earned the Ralph T. Scurfield Humanitarian Award in 2013, which is given to the player who exemplifies on-ice perseverance, determination and leadership, along with a dedication to community service off the ice.

One year later, Stajan received the J.R. McCaig Award, which is given to the player who best emulates respect and courtesy in both their professional and personal lives.

Stajan said he, Katie and their two sons will continue to live in Calgary.