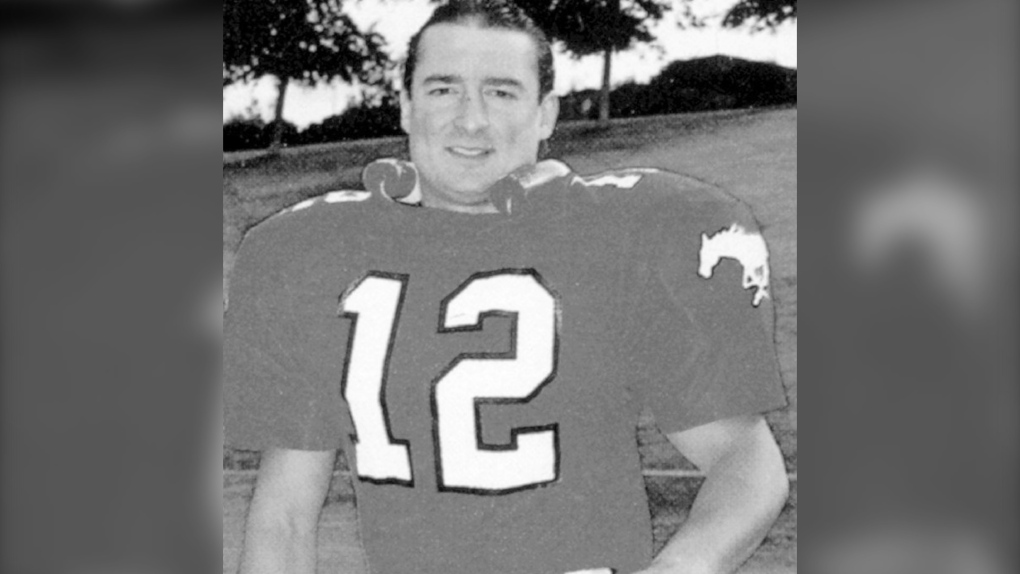 A graduate of John G. Diefenbaker High School, Petros attended the University of Calgary and suited up for the Dinos, setting a new Vanier Cup record of 260 rushing yards in the 1983 national university championship game, in which he was named MVP.

His best season came in 1988 when he led the Stamps with 737 rushing yards and scored nine touchdowns while making 49 receptions for 304 yards.

Following his football career, Petros moved into the food-service industry, working at his father’s restaurant – Nick’s Steakhouse and Pizza, located across from McMahon Stadium – before starting a business making frozen pizzas for sale at local markets. In 2013, he opened Tim’s Gourmet Pizza in Cochrane.

Petros is survived by his wife Laura and two children – son Nik and daughter Jordan.

It is with great sadness that the Calgary Stampeders learned of the death of alumnus Tim Petros.