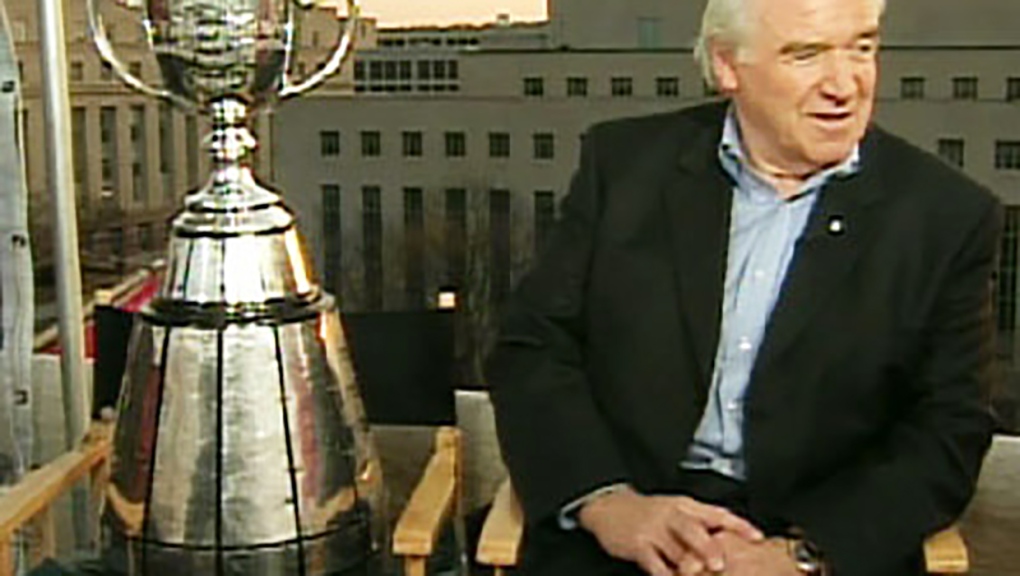 Doug Mitchell was the commissioner of the CFL between 1984 and 1988, and played for the B.C. Lions for one season in the 1960s. He also owned the Calgary Stampeders for a period.

Former CFL Commissioner Doug Mitchell has died at the age of 83.

Mitchell was the commissioner of the CFL between 1984 and 1988, and played for the B.C. Lions for one season in the 1960s. He also owned the Calgary Stampeders for a period.

The Mitchell Bowl, the USports national college football semi-final, is named after him.

We are saddened to hear of the passing of our honoured member Doug Mitchell's passing. Doug was a strong supporter of our hall of fame. Sending love to Lois and family. https://t.co/Mobmth1Cfl

He was one of the people who helped relaunch the Canadian Olympic hockey team, and was the Flames' legal counsel after their move to Calgary from Atlanta. He also worked on the 2026 Calgary Olympic bid.

He leaves behind his wife, former Alberta Lieutenant Governor Lois Mitchell and his son Scott Mitchell, the president of the Hamilton Tiger-Cats.

"Our deepest condolences go out to the family and friends of Doug Mitchell, who passed away this week," it said. "Doug's dedication to our sport and our community was unwavering, his achievements recognized by an appointment to the Order of Canada and Alberta Order of Excellence."

Our deepest condolences go out to the family & friends of Doug Mitchell, who passed away this week. Doug's dedication to our sport & our community was unwavering, his achievements recognized by an appointment to the Order of Canada & Alberta Order of Excellent.

The federal government has announced it is dropping all COVID-19 entry restrictions, including: proof of COVID-19 vaccination and quarantine requirements at the border, doing away with mandatory random COVID-19 testing, making the ArriveCan application optional, and Canada is lifting the mask mandate on planes and trains.

A gunman killed 13 people, including seven children, and wounded 21 other people in a school in central Russia on Monday, authorities said.