CALGARY -- Like a lot of junior hockey stars, Chris Driedger had dreams of one day playing in the NHL.  While the dream finally became a reality, there was a lot more bumping around the minors than Driedger ever imagined he'd experience.

Driedger had three outstanding seasons with the Calgary Hitmen from 2011-2014.

He played so well, he was a third round draft selection of the Ottawa Senators in the 2012 NHL entry draft.  But the former Hitmen got into only three games with the Senators before being released by the club following the 2016-17 season.

Driedger says he struggled with inconsistency and admits he went through some trying times.

"I think some of that struggle definitely helped me realize that I needed to change some things and it ended up giving me a more level head and maybe helped me out a little bit more down the road."

After his days with the Senators were over, Driedger bounced around between the East Coast Hockey League and the American Hockey League.

In 2019 he signed a contract with with Florida's AHL affiliate in Springfield and that's where things took a turn for the better.

When he was signed, Driedger was the organization's fifth goaltender.  But he says that motivated him and he was bound and determined to prove himself.

"I went back to the drawing board and I said you know what, this is a whole new opportunity, a new organization" the 26-year-old said.

"I was going to come in and put my best foot forward and prove  that I am worthy of sticking around an organization and just be me." 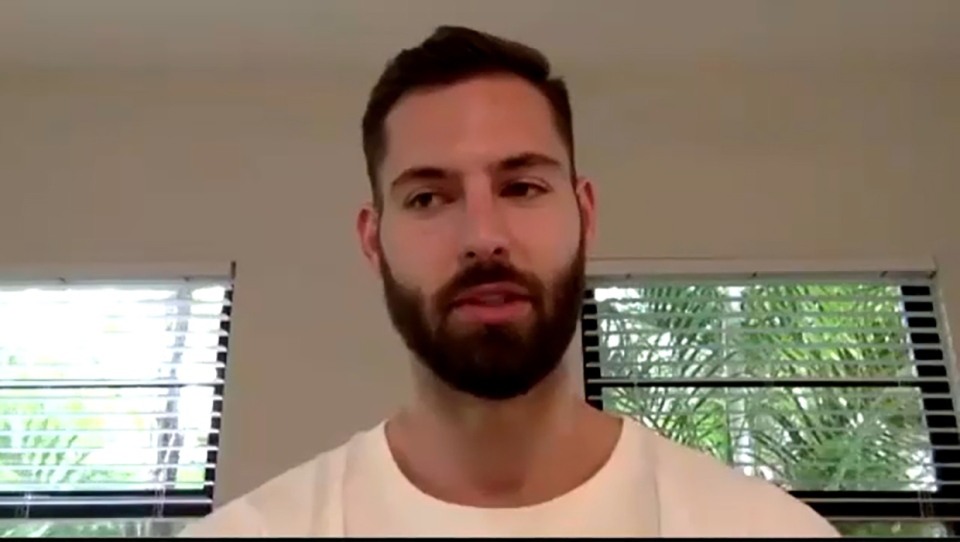 It turned out to be the best decision Driedger could've made.  In his debut with the Panthers in the 2019-20 season he shut out the Nashville Predators 3-0 and he's been on a roll ever since.  The numbers don't lie.  It's a small sample size but Driedger's numbers are among the best in the league over the last two seasons.

Driedger has played a big role in the Panther's fast start to the season.  They're 13-4-4 out of the gates and Driedger is enjoying every minute of it.

"(I'm) just doing my thing and not worrying about that stuff and just focusing on what makes me play well and what makes me happy too," Driedger told CTV.

"I've been having more fun playing in the last couple of years than I have the rest of my pro career.  So just doing the little things every day and being accountable to yourself and your teammates.  When you do that it's enjoyable and I think when you're having fun, you play better hockey as well."