CALGARY -- When Randy Chevrier took the job as the Calgary Stampeders' long snapper, he knew it wasn't going to be the most glamorous position on the football field.  He also knew how important the long snapper was to a football team.

Without a good long snapper field goal kickers and punters can't do their jobs properly.

Through hard work and dedication, Chevrier carved out a 12 year career in the CFL and became one of the best long snappers in the game.

Chevrier admits it took some time to get there.

"When I started I wasn't very good," Chevrier said, in an interview with CTV News.  "But it's definitely the attention to the boring work that it takes to be great at this skill.  Which is hours and hours of hours of work when no one is watching." 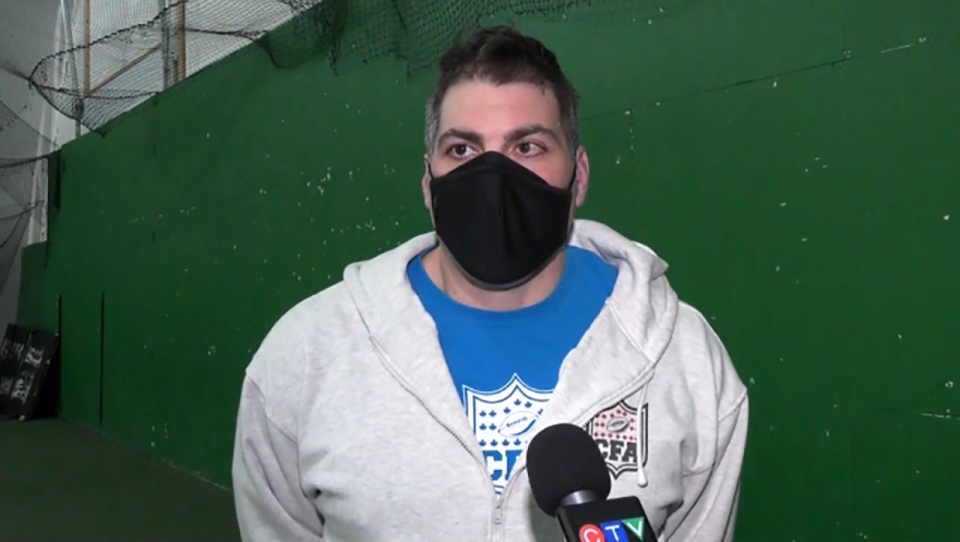 Chevrier wants to pass those skills and techniques down to the next generation of long snappers so he's holding a series of camps at the Absolute Baseball Academy.

18-year-old Declan Wilkie has been long snapping since pee wee football.  This year he's joining the U of C Dinos and believes Chevrier can help him get to the next level.

"(It's) more about (developing) my technique for the difference between high school and university level," Wilkie said.

"Now I need to get my head up quicker after I snap because I have to block instead of just being protected by the referees and the rules."

IMPORTANT PART OF THE GAME

14-year-old Bryce Delay is also attending the camp.  He's glad someone like Chevrier is teaching him the skills and techniques to make him a better long snapper.

Delay says he would love to follow in Chevrier's footsteps and have a long career in professional football.

"I feel like it's a really big part of helping your team win games and it's really impactful on your team."

Bringing kids to the next level and giving them opportunities to succeed is what it's all about for Randy Chevrier. ,who is a big believer in giving back.

"I realize the opportunities and the longevity I had because of long snapping and I would like to give that opportunity to a young athlete out here at the camps and maybe they'll take it to the next level, whatever that is for them."

Chevrier is holding another camp at the Absolute Baseball Academy on March 21and 22.  And because of the popularity he's thinking about holding a couple of more sessions the following Sunday and Monday.

If you would like more information go to the Canadian Football Academy website www.cfacademy.ca for further updates.