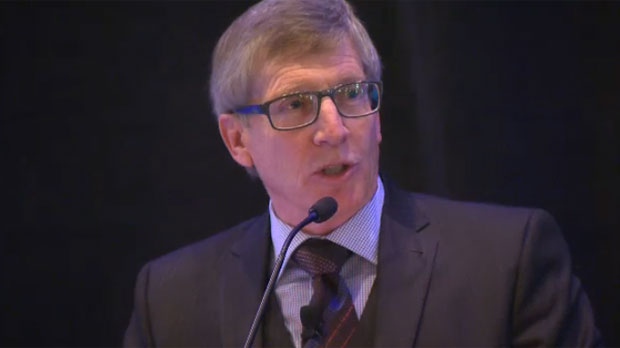 Rick Hanson, the former chief of the Calgary Police Service, addressed the Calgary Chamber of Commerce on Thursday to issue a warning on the possibility a terrorist attack could occur on Canadian soil.

During his speech at the Fairmont Palliser, Hanson outlined potential risks to Canadian businesses including a new reality that involves serious safety concerns in the workplace.

“It’s not like we haven’t been here before. People are forgetting the FLQ crisis in the 1970’s.”

Hanson went on to say these types of attacks are preventable.

"When you hear the presentation and you know the profile of who becomes potentially drawn to terrorist activity or a member of a terrorist group, that profile is predictable. Developing a strategy to address it before it goes too far is where the magic's gonna be."

The former police chief says signs a person may be drawn to terrorist activity include: