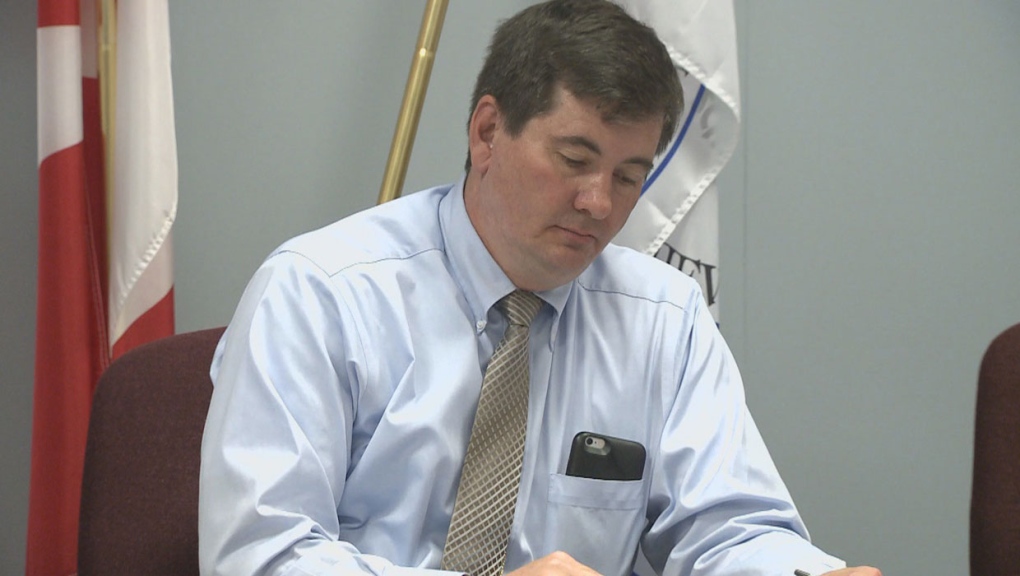 Kevin Gietz, the former superintendent of the Palliser School Division has had his professional certificate suspended by Alberta Education.

LETHBRIDGE -- Complaints from a number of former employees in the Palliser Regional School Board have ended up in the suspension of the credentials of the district's former superintendent. 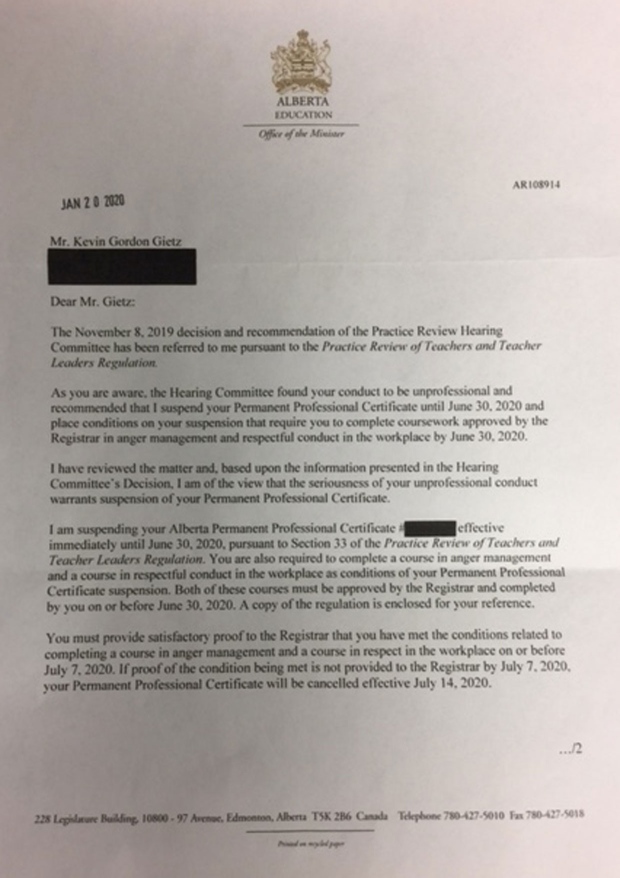 In addition to the suspension, Gietz was also ordered to complete a course in anger management and a course in respectful conduct in the workplace.

A letter outlining the minister’s position was provided to CTV News and it says the hearing committee found Gietz’s conduct to be unprofessional and recommended his certificate be suspended until June 30, 2020.

Gietz was superintendent of Palliser Regional Schools for almost 10 years before his employment was terminated in February 2017. The action followed an ongoing controversy over Gietz’s leadership and allegations of physical and verbal intimidation, and threatening behaviour toward staff.

In 2016, five former Palliser employees filed a complaint with the registrar at Alberta Education, seeking to have Gietz’s professional certification revoked. That led to a lengthy review process that included interviews with 65 people.

That same year, Gietz was placed on administrative leave following the launch of a lawsuit by the division’s former treasurer, in which she claimed she was bullied by him during four years of employment. An online public petition by concerned parents garnered more than 450 signatures of people demanding an investigation.

The independent review that followed discovered a culture of aggression and fear “that was not psychologically healthy for employees." 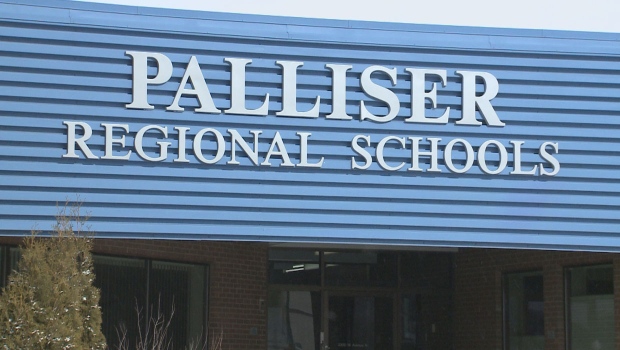 The two-member panel said there were perceived conflicts of interest in hiring and supervision, perceived micro-management, ineffective board operations and governance, and inappropriate employee monitoring. The report also noted a raft of other challenges at the school division, which oversees schools in Calgary and the region south to Lethbridge.

A review panel hearing was held in Lethbridge last October, and the findings were presented to Education Minister LaGrange on November 8, 2019.

In a letter addressed to Mr. Gietz, the Minister states, “I have reviewed the matter and, based upon the information presented in the hearing committee’s decision, I am of the view that the seriousness of your unprofessional conduct warrants suspension of your permanent professional certificate.”

The complainants in the action have declined to do interviews, but one provided the following statement to CTV News:

“The harm he did to so many people and the dignity of leadership is not diminished by the Minister’s decision, but at least it acknowledges there was significant harm done. Some may find a degree of closure in this, while others may not.”\

Palliser School Division Chair Robert Strauss said he was unaware of the decision and the board was not notified, since it was not involved in the hearing process.

The school division provided this statement on the practice review hearing:

CTV News was not able to reach Gietz for a comment.

According to the Minister’s letter, he must provide satisfactory proof to the registrar that he has met the conditions of completing the courses in anger management and respect in the workplace on or before July 7, 2020.

If proof isn’t provided by that date, Gietz’s permanent professional certificate will be cancelled, effective July 14, 2020.

A decision in the 2016 lawsuit has not been handed down.