CALGARY -- Most professional sports leagues around the globe, give or take the Belarusian Premier League, have shut down because of COVID-19. The NFL however, unlike the NHL, NBA, PGA, ATP, and Major League Baseball, has more time and as of now are planning to go ahead as scheduled with a September start to their season.

“Hopefully  things are gong to be (played) as scheduled after this (COVID-19) is calmed down or is figured out,” Singleton told CTV in a FaceTime interview.

“Whatever is going to happen (is anybody's guess)," he added, "because I’m no doctor. I’m just sitting here like everyone else, waiting to see what happens. Hopefully we’re playing in September and fans are in the stadium.” 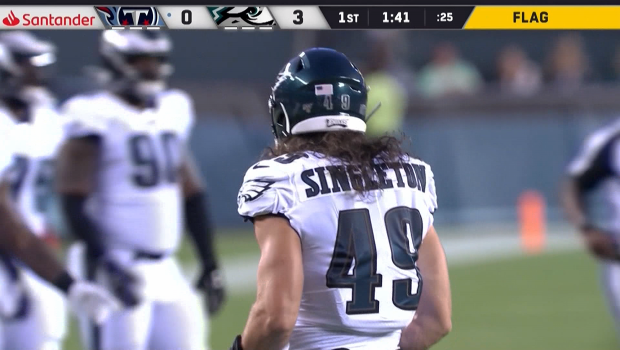 Singleton is at his parents house in Thousand Oaks, California with his brother and two sisters. That state is in a lockdown so Singleton says you can’t do a whole lot.

“You can just walk around your neighbourhood, (or) stay inside and go to the grocery store. It’s pretty shut down around here.”

One thing Singleton can do is post workout videos on-line with his sister Ashley, who has Down Syndrome. They post the videos for special Olympians in Calgary and Philadelphia.

“Oh man it’s awesome," he said. "It’s kind of cool to see how excited she gets to be able to do that. And not only do it but she get to put her input in for what exercises we’re going to do and how long we’re going to do them for. It’s a lot of fun” 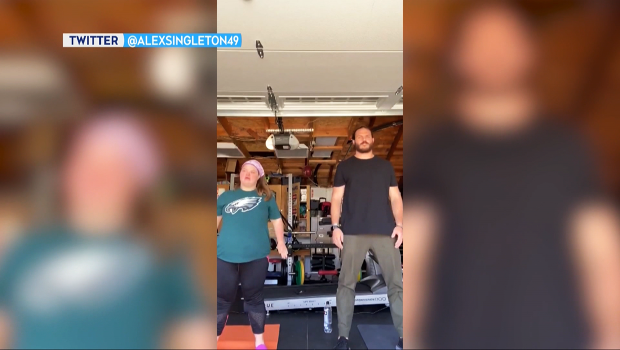 Singleton figures this is the first time all six Singletons have been in the same house since 2017 and they’re trying to make the most of it. Singleton says they broke out the Wi video game consol the other night.

“We’re making it through," he said, "and it’s actually been a lot of fun.”