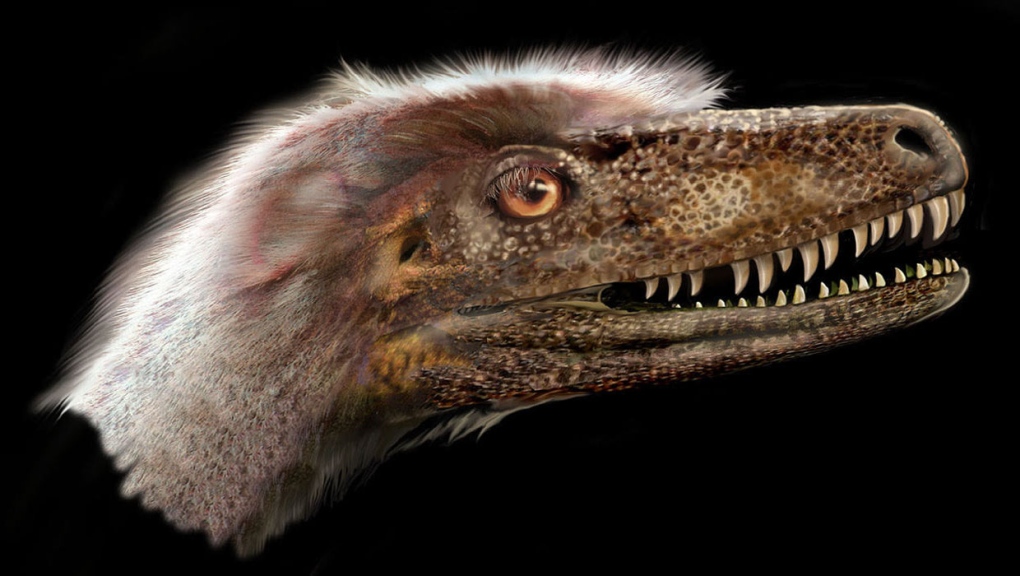 A small, feathered theropod dinosaur, Saurornitholestes langstoni was long thought to be so closely related to Velociraptor mongoliensis that some researchers called it Velociraptor langstoni. (Illustration by Jan Sovak)

CALGARY – Researchers at the University of Alberta say they've found the nearly complete specimen of a raptor that was once believed to be very closely related to the famous Velociraptor from Mongolia.

The find, which was first unearthed in Dinosaur Provincial Park in 2014, is of a dromaeosaurid called Saurornitholestes langstoni, a small, meat-eating dinosaur that was believed to be covered in feathers.

In addition, scientists examining the 76-million-year-old fossil identified a unique tooth that was evolved specifically for preening feathers and a shorter and deeper skull, proving the specimen is very distinct from the Velociraptor.

The find was made by world-renowned palentologists Phillip Currie and Clive Coy from the University of Alberta and David Evans from the Royal Ontario Museum.

The group says the dinosaur was only known previously through fragmentary remains and this is the first time a nearly complete and preserved skeleton has been found.

"Because of their small size and delicate bones, small meat-eating dinosaur skeletons are exceptionally rare in the fossil record. The new skeleton is by far the most complete and best-preserved raptor skeleton ever found in North America. It's a scientific goldmine," said Evans in a release.

Study of the skeleton has also determined a clear different between dromaeosaurids in North America and Asia.

"The new anatomical information we have clearly shows that the North American dromaeosaurids are a separate lineage from the Asian dromaeosaurids, although they do have a common ancestor," said Currie.

Research will continue to look at the rest of the skeleton and further explore the relationships between dromaeosaurids.