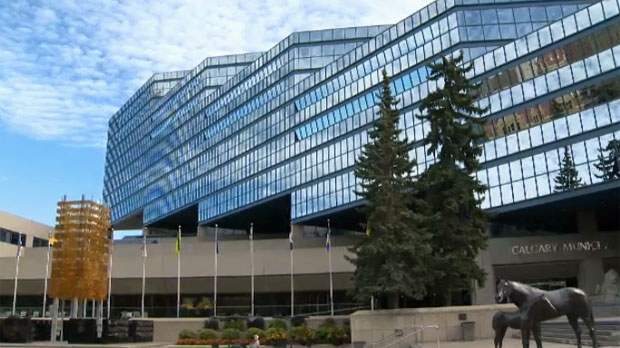 All of the incumbent councillors in the City of Calgary have been re-elected in the election on Monday, but there are four new members representing Calgarians as well.

Jyoti Gondek, George Chahal, Jeff Davison and Jeromy Farkas are all new to the council chambers.

Council changed the ward boundaries earlier this year following a report by an independent commission.

The decision resulted in Andre Chabot’s ward being completely dissolved and a number of other changes too.

One of the new councillors, Jeff Davison in Ward 6, received about twice as many votes as his nearest competitor and he says residents are looking for a lot in the future.

Jyoti Gondek, elected in Ward 3, is happy for all the hard work that she and her team did during the campaign.

“We door knocked for six months, we hit more than 16,000 doors, we talked to so many people and the fact that folks were willing to talk to me about what was going on in their life and what was important to them really helped shape my perspective on what we need to do in Ward 3 for the future.”

George Chahal, who was elected in Ward 5, is so happy at the results, saying that residents came out in huge numbers to cast their ballots.

“I’m so proud to represent all Calgarians but it’s being born and raised northeast Calgary, it’s really special to my heart to be representing Ward 5.”

Mayor-elect Nenshi says he will continue to do great work with the 10 colleagues he is going forward with and is excited to work with the four new councillors.

"The four that have been elected, two of them have Master's degrees and PhD's in urban planning. One of them is one of the most dedicated community volunteers I've ever seen. The fourth one has worked harder for this job than anyone I've ever seen, so I think things are just going to be fine and I am looking forward to working with them."