Fracking does not cause earthquakes or contribute to climate change, group says 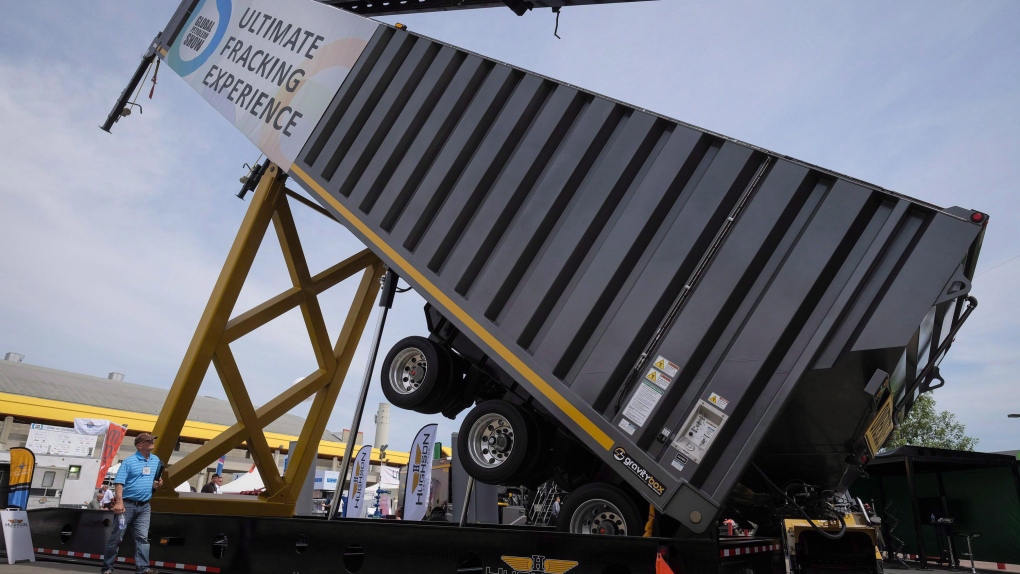 CALGARY -- A new report investigating the impact of hydraulic fracturing, or fracking, says there are a number of ideas about the method used to extract oil and natural gas that simply aren't true.

The Fraser Institute, a non-partisan Canadian public policy think-tank, released a report Thursday where it said the potential risks associated with the process can be mitigated.

Fracking involves drilling deep wells and the injecting water, sand or other substances to fracture underground rock formations in order to release natural gas which can then be collected on the surface.

The authors of the report said there are a number of misconceptions that should be ignored, especially with new research into the practice.

For example, the study says fracking does not cause earthquakes.

"In fact, seismic activity — which is typically very minor, causing no damage — related to fracking is not due to the practise per se, but rather wastewater disposal methods, which pump water back into the ground. Research suggests that altering the depth and flow rate of the water injection can minimize the risk of seismic activity," the Fraser Institute said in a release.

The group also says fracking does not routinely contaminate drinking water and those incidents are relatively rare. It added that most problems typically come from improper disposal of wastewater.

The Fraser Institute also said there is no evidence that the methane emissions from fracking are greater than what is emitted by conventional wells and, by making natural gas more abundant, it is actually cutting down on the amount of coal burned in electric power plants.

" In particular, the latest research shows that fracking actually reduces methane emissions once we adjust for the volume of natural gas produced, and especially if we consider the displacement of coal-fired power plants," wrote Robert P. Murphy, the report's author.

The group also says the noise from fracking wouldn't be loud enough to disrupt the lives of anyone living nearby.

"According to recent research, the indoor noise pollution affecting people who live near fracking operations reaches between 45 and 61 decibels — or slightly louder than a refrigerator (40 dB) but quieter than most normal conversations (60 dB)."