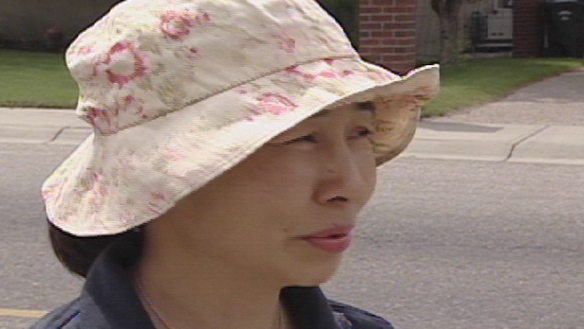 The province is investigating a business owned by the same woman accused of defrauding a newcomer out of $2 million.

On Wednesday, the victim spoke out for the first time.

"I was so stupid because I became panic from bad person from immigration," says Fusako Kametani.

55-year-old Kametani nearly lost her entire life savings. She says she was told she could be deported for owning property in Canada while on a student visa.

Melissa Holman is facing fraud charges in the case.

Holman is president and founder of the Temporary Foreign Workers association and that's where police say Kametani and Holman met.

Kametani hopes other immigrants will learn from her situation.

"There are many bad businesses around you but don't be afraid," says Kametani. "Do what's best for yourself."

CTV has learned Holman also owns an employment agency called Americanadian Inc. Service Alberta regulates employment agencies and it confirms Americanadian's license is under review in light of the charges against Holman, and the license won't be renewed when it expires at the end of July.