Wednesday, a tight-knit group friends gathered at the place where the 23-year-old spent his final moments.

“it’s absolutely heart-wrenching,” said Jacob Washington, Bryce’s longtime friend. “I’ve never lost somebody my age, I’ve definitely not lost somebody this close to me. We lived together for like three years and he was honestly my brother.”

“He was really a spark that just kind of brought everybody together,” said Washington.

“One of the things I respected the most about him was, doesn’t matter who he was with or who he was around or what he was doing, he wouldn’t change who he was for anybody,” said Jared South. “He was that kind of guy, he knew who he was, he loved who he was.” 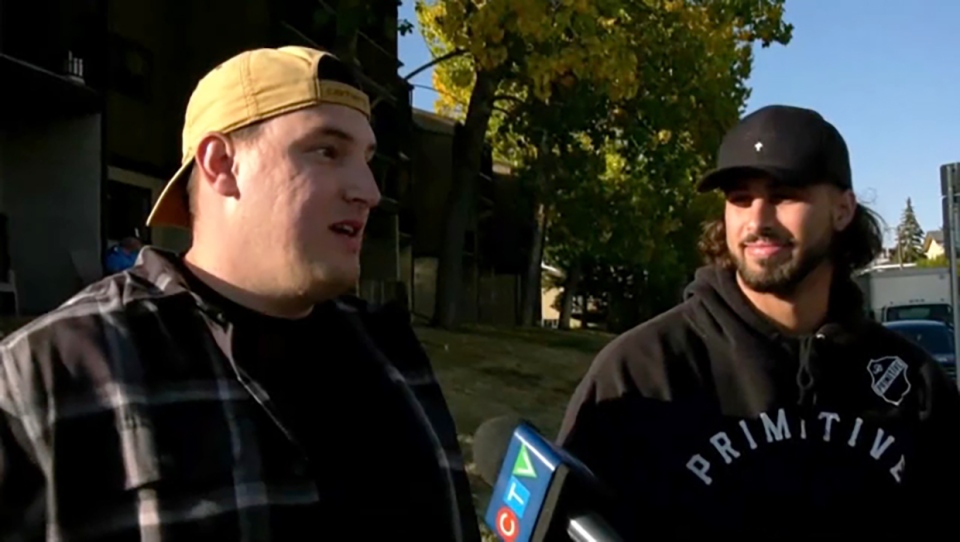 On Tuesday afternoon, Bryce suffered fatal injuries after his motorcycle collided with a car on 17 Avenue S.E. Bryce was travelling west approaching the intersection at 26 Street. Calgary police said at the same time a Subaru driven by a 41-year-old woman moved into the path of the motorcycle.

“He literally I would say rode his motorcycle every day. He was an excellent rider, best motorcycle I knew out of all my friends,” said Washington.

“He was the first guy I called when I got my new bike. He actually took me down this drive because of the view. When you get around this corner, it's just beautiful. He loved being out and enjoying the weather on his bike,” said South.

Calgary police are investigating whether obstructed views are to blame. Police said a vehicle parked on the northeast corner of the intersection and an advertising board prevented the vehicle and motorcyclist from seeing each other.

“We’ll take photographs at the height that the rider would have been, what could he have seen as he came along the roadway and we do exactly the same thing for the car driver, what was her vision like,” said Sgt. Colin Foster, who is in charge of collision re-construction. “Then we start looking at does that truck create a blind spot or view obstruction does that sign create a blind spot of view obstruction?”

Foster said police will investigate if the vehicle was parked illegally and if the sign was placed illegally.

At this time police said excessive speed is likely not a factor.

Police are asking any witnesses they haven’t spoken to to come forward.

People who live in the area are calling for changes to what they call a dangerous intersection.

“I believe that the only way to get traffic under control and send the message across to motorists is to get this intersection controlled three ways with traffic lights or at the very very least, while they’re doing some kind of a study if they can at least make it a three way stop,” said Brian Vincent who lives in the area.

“The also need a flashing light up around the corner saying be prepared to stop,” said Mark Lawrence who witnessed the crash.

Calgary police said the traffic unit meets with the city’s road department every three months to review fatal and serious collisions to see if there is an engineering solution to help mitigate against future crashes.