From beef and hot tubs to shellfish, cargo theft a growing concern in Canada 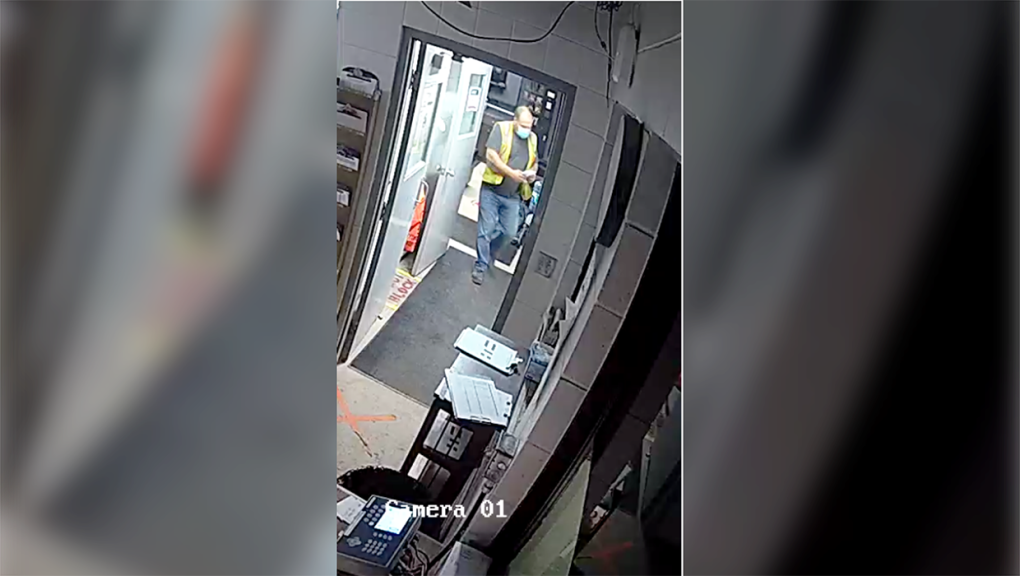 Surveillance image of the suspect in an Aug. 30 theft of approximately $230,000 worth of beef from the JBS processing plant in Brooks, Alta. (supplied)

CALGARY -- People may have found it odd when thieves made off with truckloads of hot tubs and beef within days of each other in rural Alberta, but experts say the capers highlight a growing crime perpetrated by sophisticated culprits.

"It's obviously not a new problem. But from what we're seeing in the statistics, the problem seems to be getting worse," said Sid Kingma, who directs the Insurance Bureau of Canada's investigative services arm in Western Canada.

Kingma cautioned that the bureau's numbers reflect only a small snapshot of the problem based on reports it receives.

The Canadian Trucking Alliance has put total losses from cargo theft at $5 billion a year.

RCMP have linked the same phoney Quebec trucking company -- Transport Pascal Charland -- to the Aug. 30 theft of $230,000 worth of beef from a Brooks, Alta., beef-packing plant and the Sept. 2 theft of seven hot tubs from a manufacturer in Thorsby, southwest of Edmonton.

"You can see that there was some work put into getting the proper documentation and having everything in place for that theft in order to be able to occur," said Kingma, a former Edmonton police officer.

"So there's some organization involved."

Household items, including food, are the most common type of stolen cargo, and most of it can't be traced with serial numbers, said Kingma. He said he's heard of trailers of toilet paper, nuts and tires being lifted.

A lot of the hot merchandise is the kind that can be easily and quickly sold in settings where there's little oversight, like small shops or swap meets.

"There's people out there that maybe don't have great scruples," Kingma said.

"You have the bad guys who troll these load boards and they're looking for something that whets their appetite," said the former Peel Regional Police officer.

Proska said criminals use the boards to post bogus loads in order to get documents from legitimate trucking outfits looking for work.

They can then use that information to pose as those companies and communicate with their marks using fake emails and burner phones.

Proska said the culprits don't send their own people to pick up the cargo they're planning on stealing. Instead, they'll contract out a small trucking company that has no idea it's being roped into a crime.

The main groups who operate these scams are based out of Quebec and Ontario, but Proska didn't discount the possibility that some are cropping up in the West.

He said there's a smaller chance of being scammed when doing business with a big, established company than a smaller one.

Often, businesses will use brokers to hire truckers to ship their merchandise. In that case, the customer should ask for details, Proska said.

"When you're picking a carrier, you have to do your due diligence."

For instance, he said, if the business address for a carrier comes up as a house on Google Maps, "that's going to put my red flags up."

The back-to-back hot tub and beef heists weren't the only crimes of this kind in Canada recently.

The Guelph Mercury in southwestern Ontario reported last year that a transport truck filled with cold cuts was stolen from a local meat-processing plant and that police believed the alleged thieves showed fake documents before making off with the meat.

This report by The Canadian Press was first published don Sept. 17, 2020