From the ice to Teddy Bear Lane: Hitmen find another way to collect stuffed animals for needy children

CALGARY -- At this time of year the Calgary Hitmen have a holiday tradition that is called the Teddy Bear Toss game.  Fans bring stuffed animals to the game and when the Hitmen score their first goal the fur flies.  All the bears are collected and go to needy children in Calgary.

Because of the COVID-19 pandemic, this year's game was cancelled.

However the Hitmen were determined to keep the tradition going, game or no game.  That’s where they came up with the idea of creating a Teddy Bear Lane.

Hitmen assistant business manager Rob Kerr said it was important to find a different way to collect the stuffed animals. 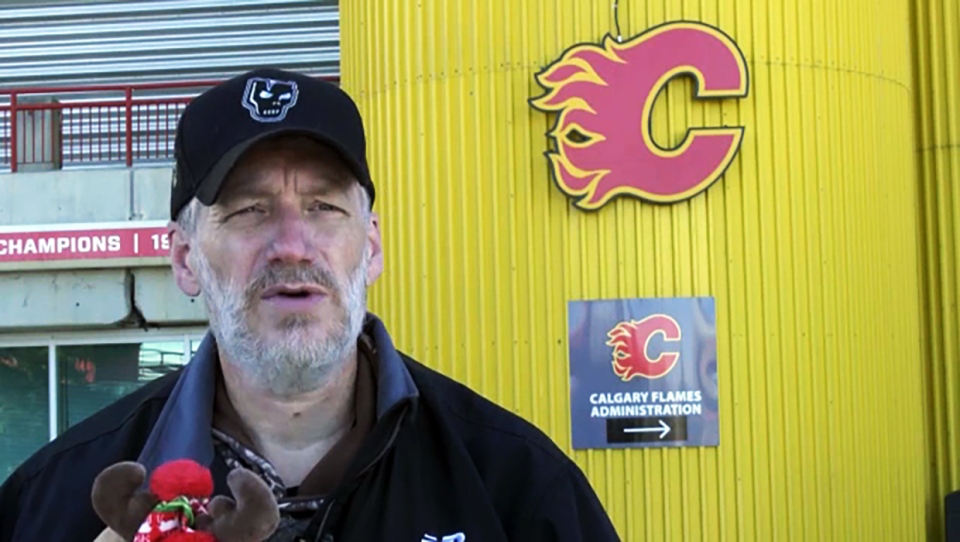 “So people are going to be able to come to the dome on Friday, Saturday and Sunday and we’re going to have a curbside drop off in a safe manner.”

On Thursday crews were busy putting the finishing touches on Teddy Bear Lane.  Kerr says all the stuffed animals collected will go to several agencies in the city.

“We need about 20,000 of these stuffed animals.  There’s still a need in Calgary this winter,” Kerr told CTV.

Hitmen play by play man Brad Curle has been calling the Teddy Bear Toss game since 2005.  As much as he’ll miss being on the mic for this years game, he says what’s really important was finding a new way to help kids.

“It’s going to be different," Curle said, "but at the end of the day the teddy bears will find a home and that’s what it’s all about.”

Curle said he was confident Calgarians will step up and deliver the stuffed animals.

“We know that people are going to come," Curle said..  "We just don’t know how many bears are going to be delivered but we know at the end of the day the numbers will be there.”

“Calgarians always open their hearts and wallets and always circle this day. For me it’s the unofficial start to the holiday season and what better way to do it than with your family and support a great cause?”

“We take care of each other and we support each other," Added Kerr: "  We wanted to do it in a fun way this winter and this is one of the opportunities.  There’s absolutely no better place than Calgary to have a successful collection for the Hitmen.”

The Teddy Bear collection on Teddy Bear Lane starts on Friday with a sneak peak from 4:00-9:00 PM.  The collection will continue throughout the day on Saturday and Sunday.