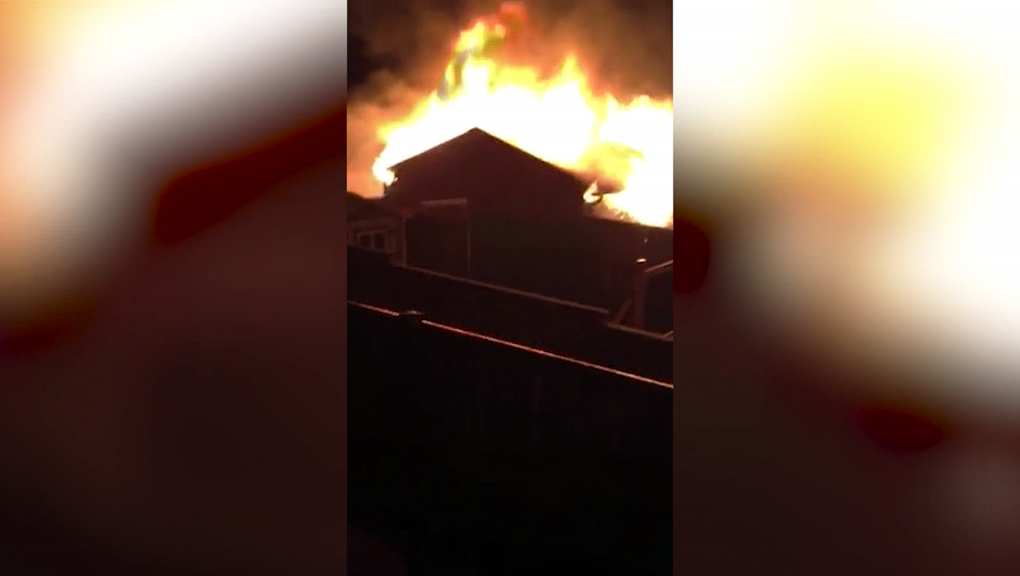 CALGARY – A Monday night garage fire in a northwest neighbourhood forced several families from nearby homes.

Fire crews responded to the 100 block of Sage Bank Link shortly after 7 p.m. after a detached garage caught fire.

Several adjacent homes were evacuated, as were other nearby homes as a precautionary measure. Some homes appeared to have heat damage to the siding.

Calgary Fire Department officials confirm two people had been working in the garage at the time of the fire and both escaped unharmed.

The cause of the fire remains under investigation.