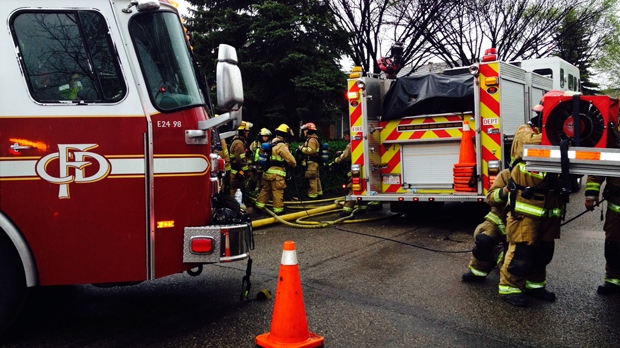 An afternoon house fire in the city’s northeast caused significant damage to the interior of a home but the damage could have been far worse had a gas meter reader not spotted smoke emanating from the building.

At approximately 12:45 p.m., fire crews were deployed to the 100 block of Templeton Circle N.E. following the meter reader’s call to 911.

Firefighters encountered flames and smoke within the home. Crews successfully extinguished the blaze, but the interior of the residence suffered substantial smoke damage.

A person who had been inside the home, but escaped without injury, told the CFD Fire Investigator the fire occurred while he was cooking with oil.