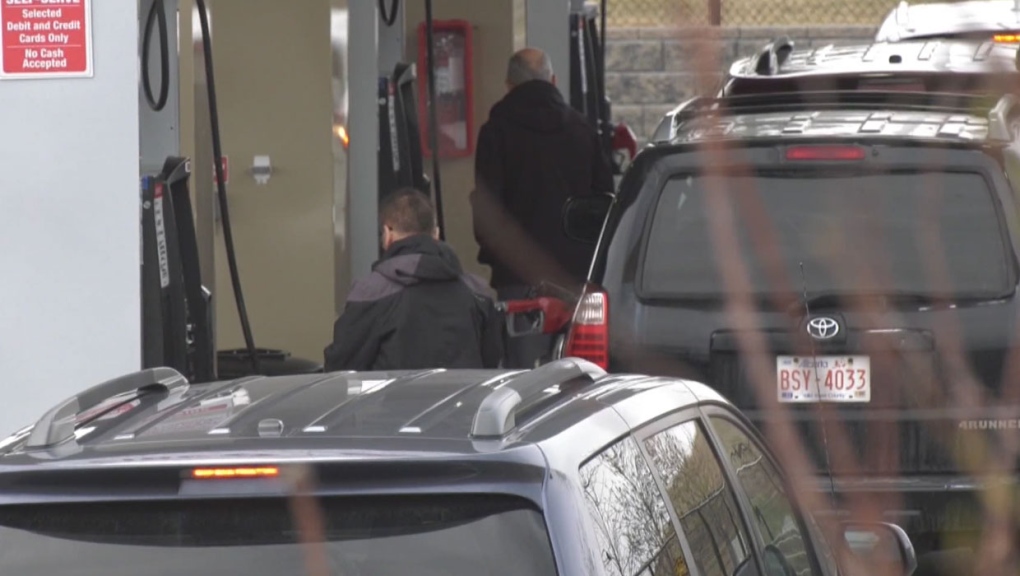 The price of fuel in Calgary isn't expected to change over the long weekend as some drivers may have opted to stay close to home rather than go on a road trip.

The price for a full tank of gas in Calgary is still pretty expensive, but indications show there isn't much change expected for the near future.

Last week, the cost per litre for regular gas went up to 171.9 cents, building on the record high prices that were set coast-to-coast since last 2021.

While the Victoria Day long weekend is a typical time for many gas stations to hike their prices again, no such action appears to have been taken in Calgary.

According to Gasbuddy.com, an online resource that tracks prices along with trends, the average price per litre is 171.6 cents per litre.

The cheapest gas you can buy, however, is more than 10 cents cheaper than that – a Costco store in southwest Calgary is selling it for 158.9 cents per litre. Of course, you'll need a membership to take advantage.

The Alberta government already agreed to put a hiatus on one of the taxes it collects from gas prices for the present moment and Premier Jason Kenney hinted on May 13 that his government was willing to help out again.

"If we see continued progress on the fiscal and economic front, we may be in a position to provide more meaningful support to Albertans," he said.

There is no information on what else the provincial government is planning in terms of relief.

Even so, prices here are still much lower than the Canadian average, which is more than $2 per litre, but experts say costs could come down sometime in July or August.

NEW | 'What were they waiting for?' Woman inside Saanich bank amid shootout describes 'calm' gunmen

Canada has signed an agreement to upgrade the NATO battlegroup it leads in Latvia to a brigade, a move that signals a commitment to the military alliance even as the federal Liberals resist calls to boost defence spending to two per cent of GDP.

A decorated OPP officer became part of the problem of the GTA’s troubled tow truck industry when he played favourites and sent more than half a million dollars in tows to a tow truck company also featured in a reality TV show, according to a Superior Court justice.