'Get back to the field': Racist social media posts being investigated in Lethbridge 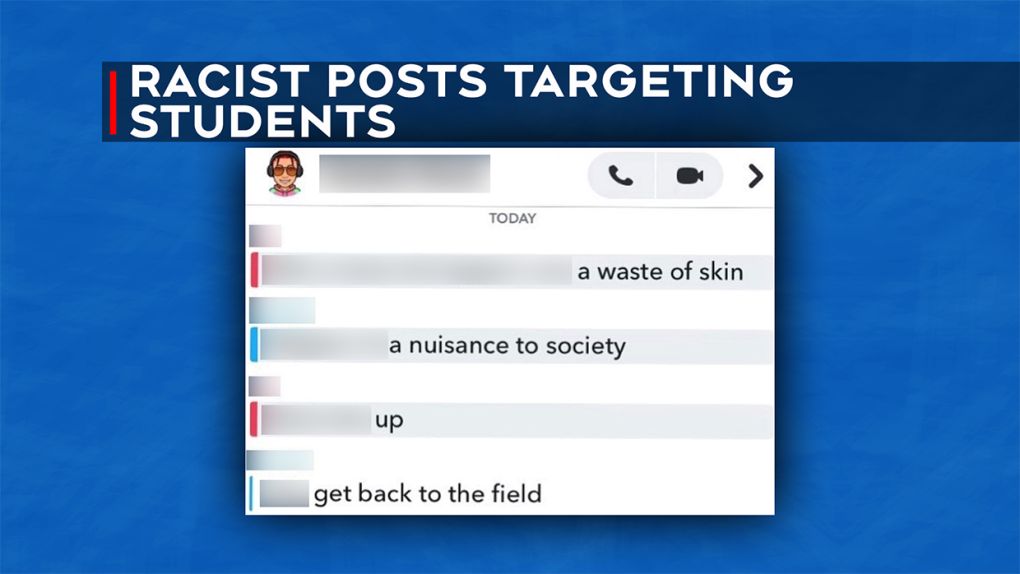 LETHBRIDGE, ALTA. -- Lethbridge student Chelsea Oyebola decided to go public with a private Snapchat conversation that included racial slurs targeting a black student after it was sent to her by some friends. Some of the comments called her "a waste of skin, a nuisance to society," telling her to "shut up" and "get back to the field."

"Three of my friends were in the group chat and they sent me a screenshot," said Oyebola. "I decided to post on Twitter about it because we've experienced so much racism within the school, living in Lethbridge, and we just thought enough was enough."

Oyebola said she wanted to take it to social media in the hopes that someone would finally take the issue of racism in schools seriously. 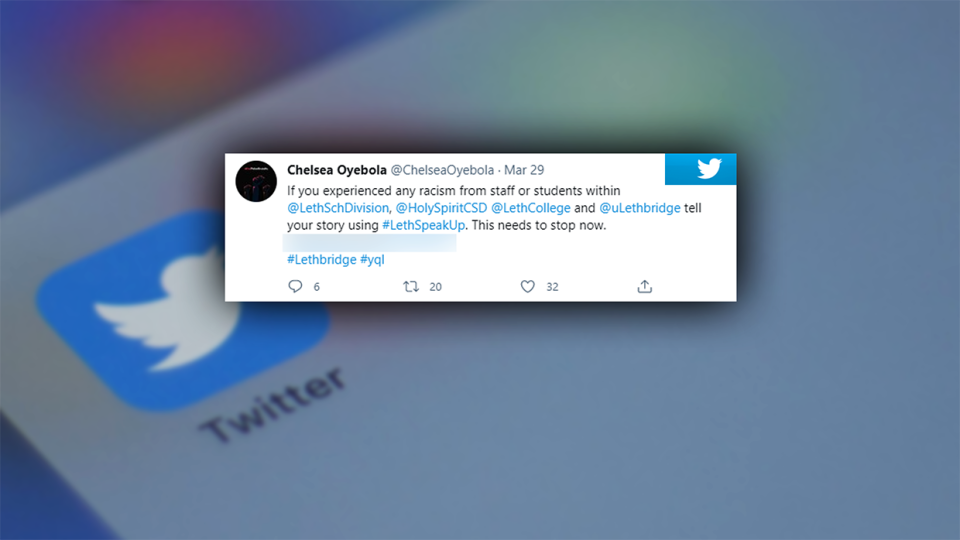 The Lethbridge School Division said they're aware of the incident and are investigating. The district says it demonstrates there's more work to be done in schools and the community to overcome racism, adding "we need to dig deeper than the one incident. We need to listen, understand and hear the profound hurt and anger that racism causes." 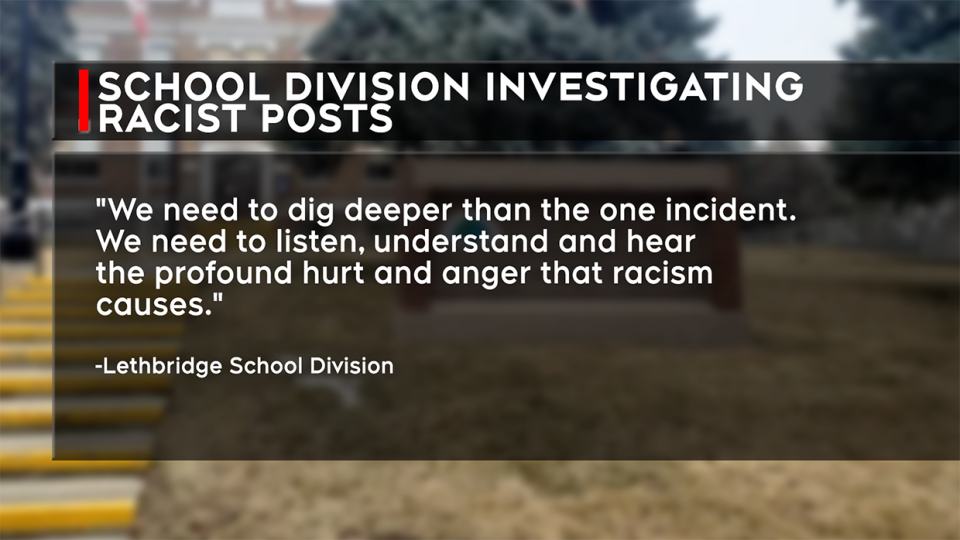 The school division said their high schools will begin facilitating discussions that will illuminate the ongoing issues that present in their schools that relate to racism. They plan to begin by listening to the voices of students and hearing their stories. 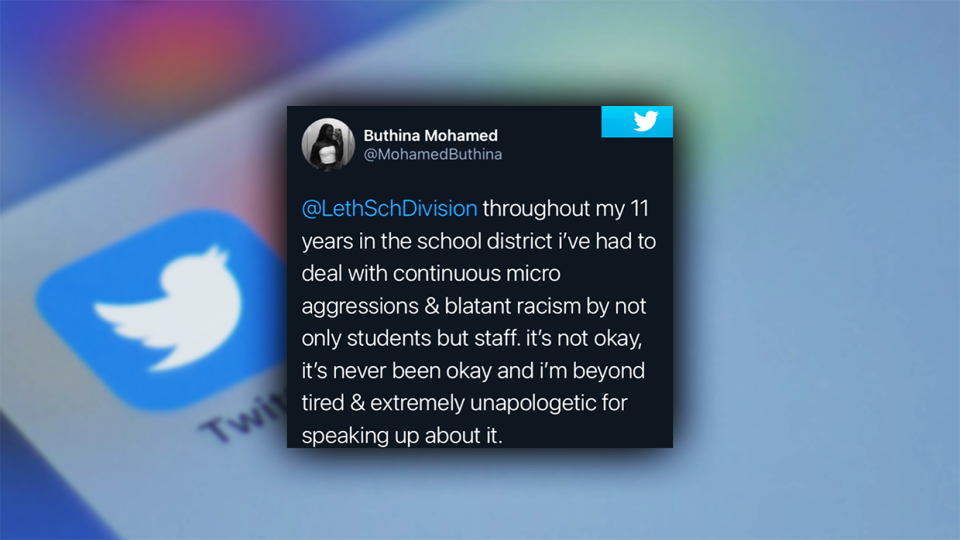 Oyebola said the only thing she can hope for is change saying there are already policies in place but the division needs to start implementing them "and to stop ignoring people of colour and their experiences when we're coming to them because we trust them but there's no help being given."